Last Friday, before the day had even truly begun, the girls decided to redefine the ‘wild’ in 30 Days Wild challenge we are currently taking part in. Having spent much of the morning squabbling when not involved in some very noisy indoor game, it was time to calm things down a bit. Beth was packed off for a sleep. Roo though, the girl who sleeps a solid 12 hours a night and used to cruise through 4 hours during the day until she was 2, no longer takes naps. Instead we grabbed a blanket and some cushions and headed out into the garden. If she wouldn’t sleep then we would take a nature nap instead.

Setting up camp under the oak tree we stared up into the mesmerizing dancing green canopy. It’s a totally different way to see a tree from directly underneath it and oak trees in particular always amaze me with their sheer size. Like Dr. Who’s Tardis, they are definitely larger on the inside!

Pushing things a bit for a 3 and a half year old I challenged Roo to five minutes of silence as we watched nature go by. She lasted four minutes and 46 seconds. Impressive really. If the cat hadn’t tried to sit on her nose in the last minute she would probably have made it all the way. 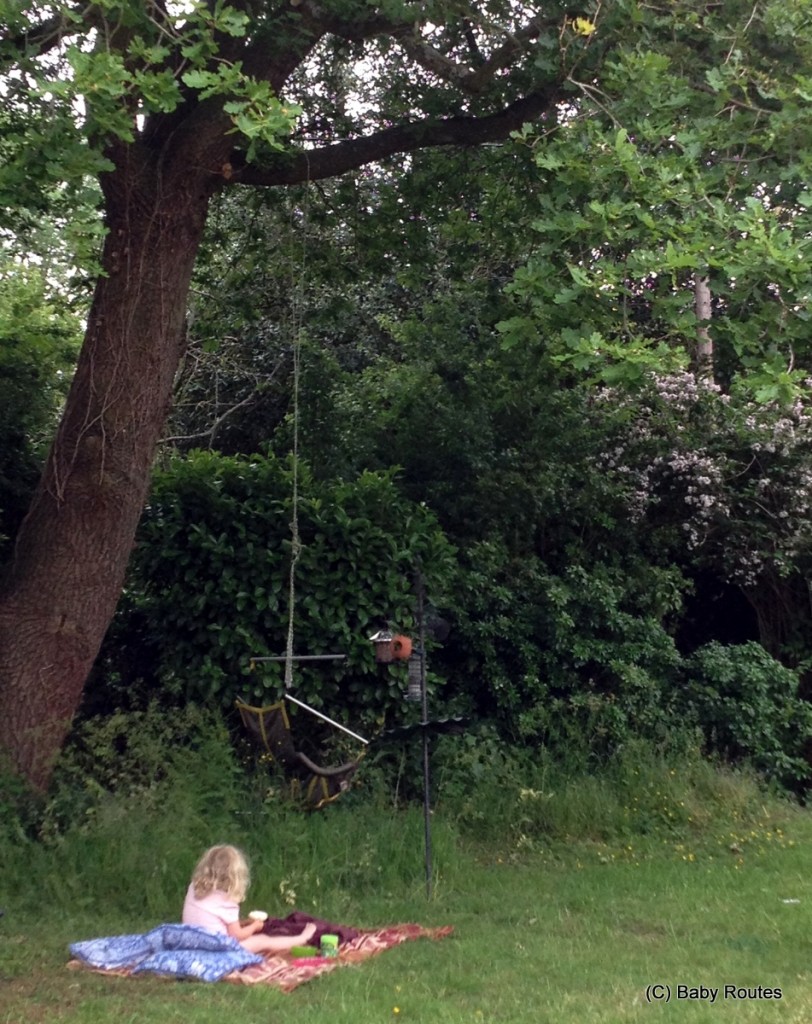 After her five minutes Roo’s voice was quieter, her eyes a little wider and she couldn’t wait any longer to tell me what she had seen. Out of her mouth tumbled tales of blackbirds shouting at her, of squirrels cautiously inspecting us from the fence, of the plane that had passed overhead and the bug in the grass by her hair she was convinced was a grasshopper. Long after I got up to go and make her some lunch she stayed lying out under the tree watching the natural world go by. We had a picnic lunch that day.

Later on, Beth once more part of the action, we found ourselves out in the garden again. The girls were tied up in a wonderful game, the rules of which I am still none the wiser but which involved a lot of running between bushes. The sky darkened ominously and before long Roo was heading for the backdoor, a few spots of rain heralding the end of their outdoor fun.

Before she could make it inside, a thought struck me. A few gardening canes, some old plastic and clothes pegs later and we had set up an impromptu rain shelter. Out came the blankets and cushions again and all three of us huddled underneath, listening to the gentle pattering of raindrops on the wet garden. 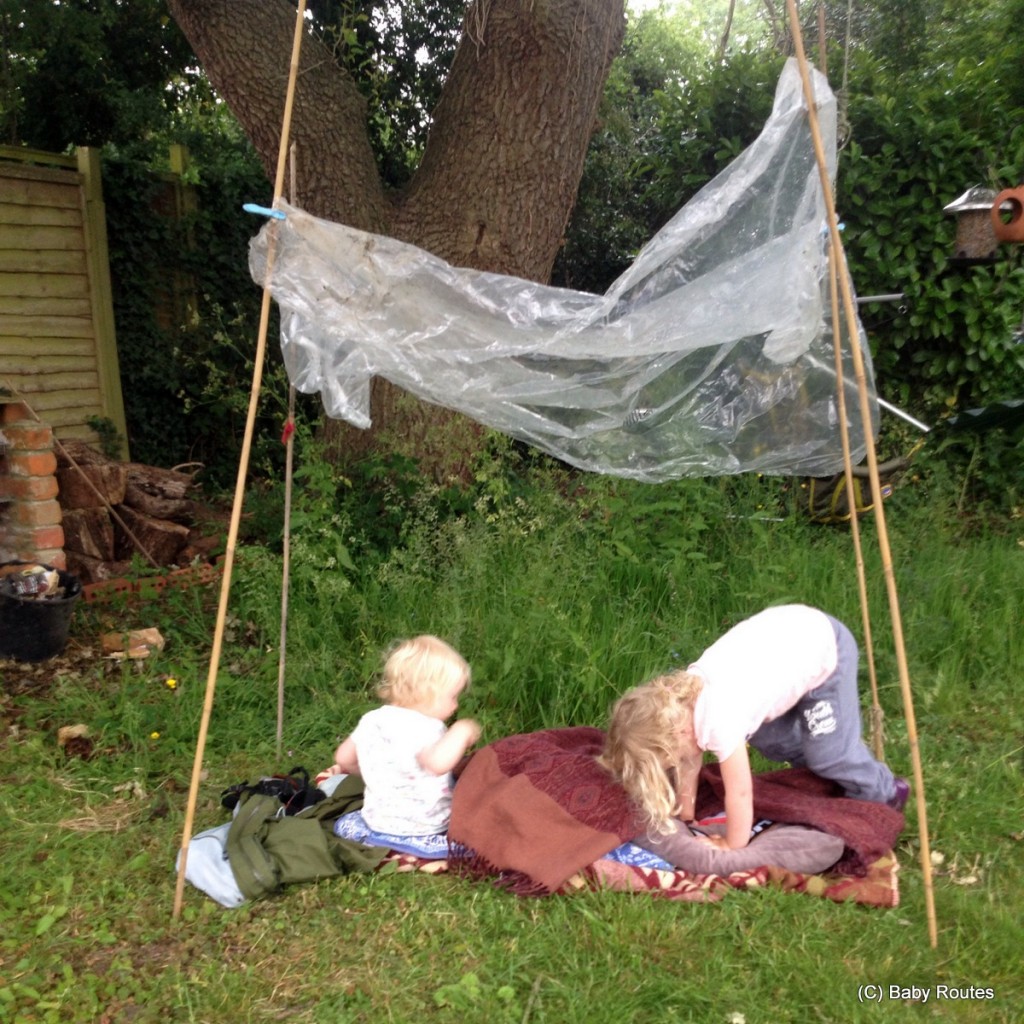 Look away Bear Grylls! The girls setting up camp in our rather flimsly rain shelter.

If you’ve ever sat outside during a rainstorm you will know something magical happens when the skies first open. It is like someone puts a muffler on nature’s sounds, as though all the birds and other creatures are sitting watching too in silent awe as life-giving water spatters down from above. The same magic seemed to work its spell on the girls. As nature quietened down, so did they. Even Beth sat still for once, watching the long grass of our wild patch bend under the weight of a single raindrop.

It’s safe to say that our day ended much more quietly and calmly than it began. Even when the rain eventually breached our shelter’s modest defences, Roo insisted on setting up a den against the backdoor window, watching the wet garden as the rain passed and the birds began to reappear on the feeders again. She was in there until supper time. The balance of ‘wild’ has been restored.

Permanent link to this article: https://babyroutes.co.uk/30-days-wild-nature-naps-moment-calm/ 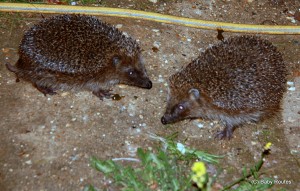 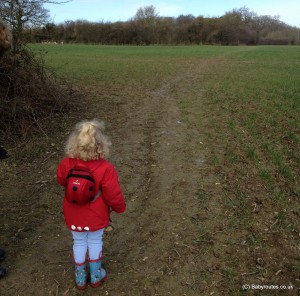