A Call to Inaction

Nine weeks of being shut at home and we have found a silver lining. A heightened awareness of the natural world right here on our doorstep.

I don’t know about you, but the thought of changing the participant name for yet another school Zoom class brings me close to erupting. Fortunately the natural world has offered soothing distraction and our computer remains unscathed. We may not be able to go out, but when time is running slow and you have no place to go, it is remarkable just how much nature finds you.

We are not alone. Across the world a whole army of people have rediscovered the simple pleasures of observing wild visitors to their windowsills, balconies and gardens. Forget pharmaceutical companies. The place to have invested at the start of lockdown was in a bird feeder or wildlife camera business!

Two weeks into California’s ‘Safer at Home’ policy and we succumbed. My husband raised an eyebrow as I unpacked a delivery of Nyjer Seed and peanuts instead of the coveted flour and tinned tomatoes.  When just the next morning a noisy bunch of goldfinches arrived on the newly installed feeder, worries over dwindling bread supplies were pushed out of mind. All eyes were on the squabbling, chip-chip-ing flurry of gold feathers just the other side of our patio fly screen.

Shortly after Hooded Orioles, silently but conspicuous in yellow, arrived at the hummingbird feeders. This was much to the whirring annoyance of the usual tiny patrons. Orioles, we learnt, are common at this time of year having migrated north for summer from Mexico and they have a penchant for sugary liquid refreshments. Judging by their familiarity with the feeders, our shy visitors were entirely new in town. Just never before had we sat long or still enough to witness their secretive and fleeting visits.

As the incessant rain of early lock-down eased the kids spent increasing time playing out in the sun. So too did the lizards. Just as previously my daughter casually dropped in names of new school friends, now she warned me to watch out for Slithery or Bluey as I went to fetch the post or lamented the rapid retreat of Shy as her siblings zoomed by on their scooters. I smiled as I silently dismissed these personalised sightings as multiple lizards masquerading as one. It was only as I caught myself saying hello to the same familiar three lizards that bask daily on the same patio stone that I realised she likely actually has identified some individual characters during her hours of outdoor play.

School ramped up their online learning again. Still, unburdened with homework, clubs or commute our relationship with nature continued to grow and provided welcome relief to an increasingly screen orientated curriculum. We spotted Red Whiskered Bulbuls and were rudely and raucously chastised for sleeping late by Red-crowned Parrots. The latter are on the decline in their native Mexico, threatened by capture for the pet trade to North America. Ironically it is in the USA’s southern cities that they are making a wild comeback. Here was education of a non-screen variety and we were all learning.

We taught ourselves to identify and mimic the endlessly changing calls of the mockingbird (ours does a good siren and dog whistle impression) and were even visited by a goose which perched in comedic style on the very top of the newly identified Canary Island Pine. My daughter made her own bird feeder from a milk carton for her window and soon delightedly informed me she had a California Scrub Jay visiting every morning, the tell-tale bang-bang of the feeder against the glass announcing its clumsy arrival.

Increasingly tired of screens and inspired by new nature discoveries, we did a bioblitz. It took just some magnifying glasses, the iNaturalist / Seek apps (you need them), a sheet and an enthusiastic three year old brandishing a stick to gain more knowledge of Californian insects,  plants and birds than since we moved here.

That bug we might normally have dismissed as an ‘odd looking beetley thing’? It turned out to be an assassin bug, so named on account of their habit of spearing prey and sucking out the insides. The kids may well have nightmares for weeks but will never forget that fact! And that innocuous weird brown blob on a stick with lots of micro holes that they found? It will erupt any day now with around three hundred tiny predators armed with lethal forelegs. The praying mantis may be a gardener’s best friend, decimate pesky mosquitos and be endlessly fascinating to observe but did you know that when fully grown, some species are capable of taking down a hummingbird?

With our eyes firmly opened, the wildlife sightings came thick and fast. One day we opened the front door to discover a swarm of bees in the tree, in transit to their new home. Another morning we saw a sleek coyote jauntily bounce across our lawn. For two magical afternoons we watched hundreds of Painted Lady butterflies waft through on their annual migration. Sitting on the patio one night I glanced up to be met with the mischievous banded face of a racoon barely two meters away, raiding the orange I had hung up in the tree to tempt more orioles. I am not sure which of us was more surprised.

We were fond of wildlife before we ever heard of Covid. Our glance then was more often focused on footpath or destination discoveries. I still long to hike and travel but I am truly glad of the chance to slow down and become more familiar with our immediate wild neighbours. At a time when it is common to feel isolated, I find it reassuring to discover just how little alone we really are.

As I finish writing this (out in the garden of course) the birds are singing in preparation for evening, their calls amplified by the hush of dusk. Someone has dimmed the lights and switched on the cicadas. Judging by the intermittent chorus of tiny peeping bird calls coming from the shed roof, I think I may have made just one more discovery.

Permanent link to this article: https://babyroutes.co.uk/a-call-to-inaction/ 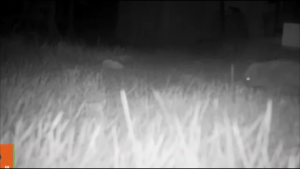 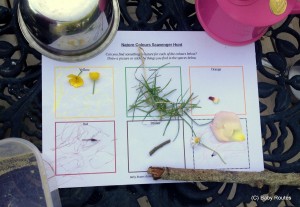 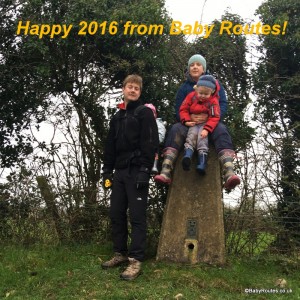