Christmas Nature Crafts: How to Make a Pine Cone Santa

It’s that time of year again and as soon as the 1st of December was officially here we headed straight for our stash of nature treasures squirrelled away over the year for some Christmas nature crafts inspiration.

Sticks, pine cones, old man’s beard , teasels, sycamore seeds and all manner of other hedgerow offerings can be easily transformed into fantastic, free and fun decorations. What’s more, their natural properties are totally in keeping with the earthy pagan festivities that Christmas superseded and whose many traditions such as the use of holly, ivy and mistletoe, became interwoven with those of the Christian holiday we know today.

Our project shelf here is already heaving under our Christmas nature crafts experiments and the kitchen has disappeared in a cloud of glitter and bits of twig. I’ll be sharing with you those that my children enjoy.

The first Christmas nature craft I’m starting with is a pine cone Santa, or Father Christmas as he’s better known in our house. Three year old Beth chose to make one of these with me earlier this afternoon. Whilst she needed the odd bit of help with the more fiddly bits such as holding the card hat in place whilst it stuck, she managed the majority of the activity unaided.

How to Make a Pine Cone Santa 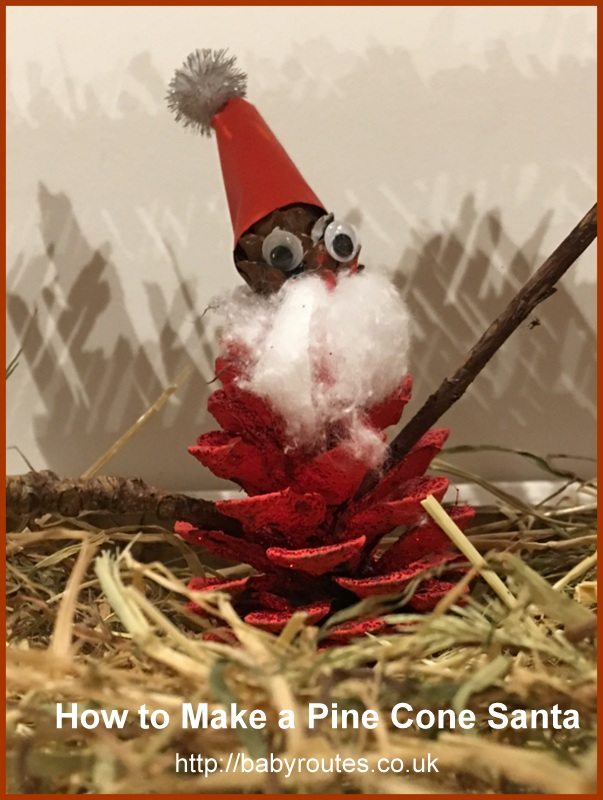 Permanent link to this article: https://babyroutes.co.uk/christmas-nature-crafts-how-to-make-a-pine-cone-santa/ 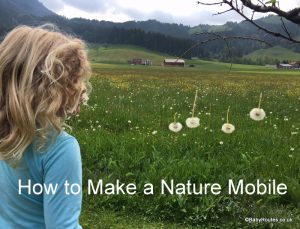 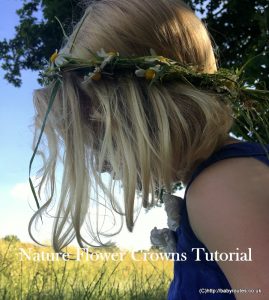 Nature Crafts: How to Make a Nature Flower Crown