One of those (non-walking) weeks… 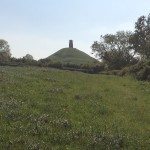 Any self respecting teenager (and many a Mum and Dad) will associate Glastonbury with the famous music festival. The town is better known the rest of the year however for the centuries of history and clouds of mystery that shroud its ancient land and ruins and which will provide the perfect place to take your kids and let them and their imaginations run wild. Glastonbury is right up there with places of legend in the British Isles and the modern day town still retains the feeling of a place where time has stopped still and many histories stand side by side, whispering gently to each other as they nudge against the current times. If you are looking for a place to take your kids where folklore and legend leaps out the page and into real life, look no further than Glastonbury.

Glastonbury is located on the Somerset Levels in South West England. Before you even reach Glastonbury, get the kids to look out for the famous Glastonbury Tor, which looms over the horizon of the surrounding wetlands for some considerable distance, calling you towards it. The town itself has much to offer the day or weekend visitor and loads for kids There is Glastonbury Tor – according to legend once part of King Arthur’s Isle of Avalon and a possible resting place for the Holy Grail and also home to the Goddess and the Lord of the Underworld; the remains of St. Michael’s tower – the eerie mediaeval tower on the summit of the famous outcrop which was part of a church until its destruction during the dissolution of the monasteries under Henry VIII; Glastonbury Abbey – famous for being possibly the first Christian sanctuary in Britain and where Joseph of Aramithea is told to have visited. The Chalice Well and the Glastonbury Thorn add to the list of significant historical, religious and legendary places of interest within the town, all of which kids wil enjoy exploring.

If you are visiting with the family, why not try the Glastonbury Tor and Abbey circular walk – and easy 5km loop round the Tor, surrounding countryside and central Glastonbury with some great views along the way. There are also several good museums to visit with kids – the Abbey has an award winning museum which includes a kids ‘ display as well as costumed guides roaming the grounds daily from March to October. For kids who have had enough of history and legend for one day or you have any kids into tractors in tow, there is the excellent Somerset Rural Life museum which contains a fascinating glimpse into how the land around Glastonbury was managed in times past and present and the tools. Both the Abbey and the Rural Life Museum have their own teashops.

One day not enough? Make a weekend of it with the kids and extend your visit to wander in nearby Shapwick Heath Nature Reserve where there is plenty of flat even walking and cycling for little ones as well as a huge variety of wetland birds and wildfowl to spot. The kids may even be lucky enough to spot otters from one of the many hides in the reserve or look out for the Great White Egrets who hit the news in 2012 after the first nesting pair in the UK chose the reed beds of Shapwick to raise their young. You also have nearby Wells on your doorstop with its magnificent cathedral, and plenty of walking in the Mendip Hills. Wookey Hole Caves and their witch are also close by for kids ‘ days out.

If you need to stop overnight there are plenty of B&Bs and self catering accomodation in the area.  Middlewick Holiday Cottages are a good option. Set just outside Glastonbury in the glorious countryside they are close to the town facilities yet are in a rural setting and have direct access to a footpath which leads through the fields to Glastonbury Tor. The old farmstead also boasts a farm shop and indoor swimming pool for the kids as well as all the fun of the farm. The farm plans to have a ‘glamping’ option coming soon.

Permanent link to this article: https://babyroutes.co.uk/enchant-children-historymystery-magic-glastonbury/ 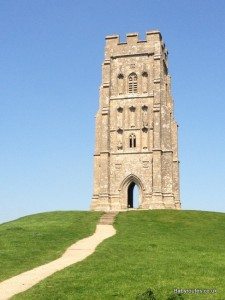 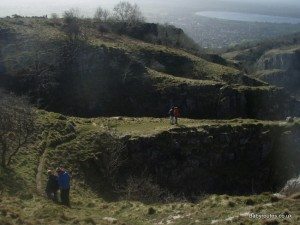