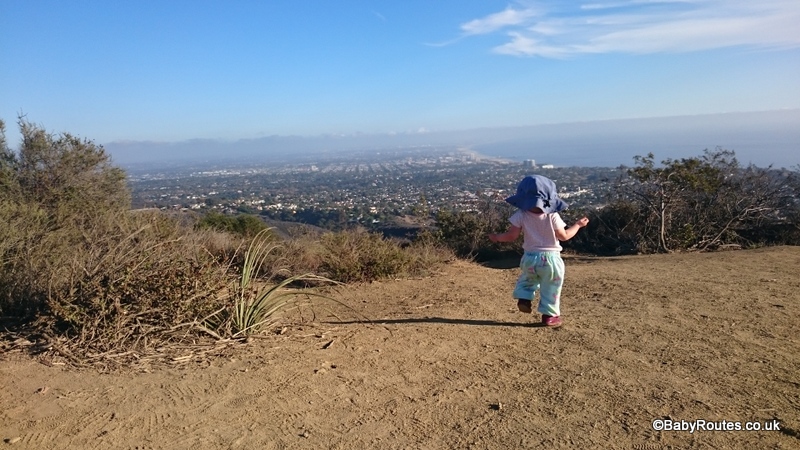 I am writing this post at 0510 in the morning. Whilst the girls’ jet lag has finally worn off, mine seems to have turned into chronic insomnia. At least I can put it to good use by finally making a start at documenting our month long trip out to California.

Our first week we spent in Santa Monica taking life slowly on the beach and exploring the surrounding area. One of my favourite trips out of that week was to Tamescal Gateway Park. It was our second hike in California and the first one with me hiking solo with both girls. I’d be lying if I said I didn’t feel any slight qualms about heading off into those unfamiliar hills alone.

The brilliant thing I had not fully appreciated about Los Angeles before visiting is just how much there is on offer to the humble hiker within a stone’s throw of the city. Depending on you location, occasionally you don’t even need to throw the stone. The whole sprawling mass of cities that make up Los Angeles are hemmed in protectively by the blue horizon of sea and sky one side and a seemingly endless spine of massive peaks along the other. Craggy peaks, waterfalls, dusty hilltops and gentle forest meandering are all within easy reach and the regular warnings on the trails of rattlesnakes and mountain lions remind you of the close relationship between the urban and the wild. 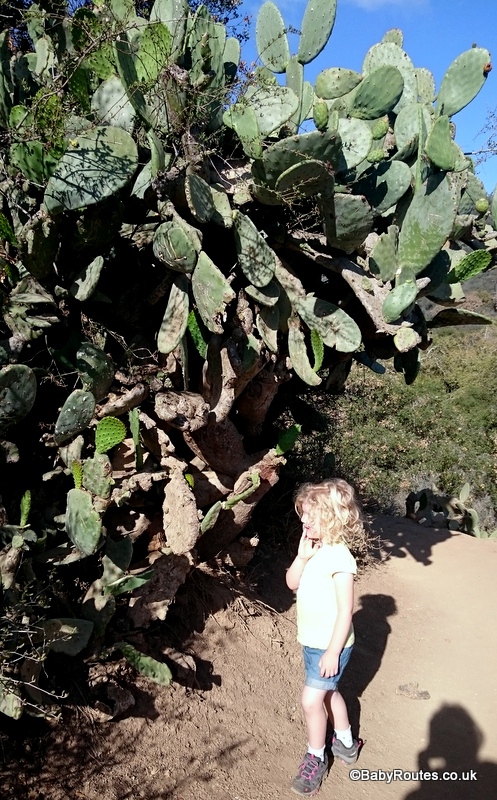 We headed to Tamescal Gateway Park primarily because at that point I didn’t have a car to get about and needed a good hiking spot easily accessible by public transport. The journey on Santa Monica’s fabulous Big Blue Bus network took us around 25 minutes from central Santa Monica. It cost just $1 – a bargain when you consider that to park at Tamescal Gateway Park costs $7.

Our bus dropped us directly outside of the park’s entrance on Sunset Boulevard and we headed on backpaths to the main trailhead. Then it was over to Roo. After a slight misunderstanding over the name ‘Tamescal Gateway Park‘ earlier  (whoops) I felt I owed it to her motivation to lead the way. Besides, it just so happened that this was the first ever walk she would take in a proper pair of hiking boots. It felt like her moment. 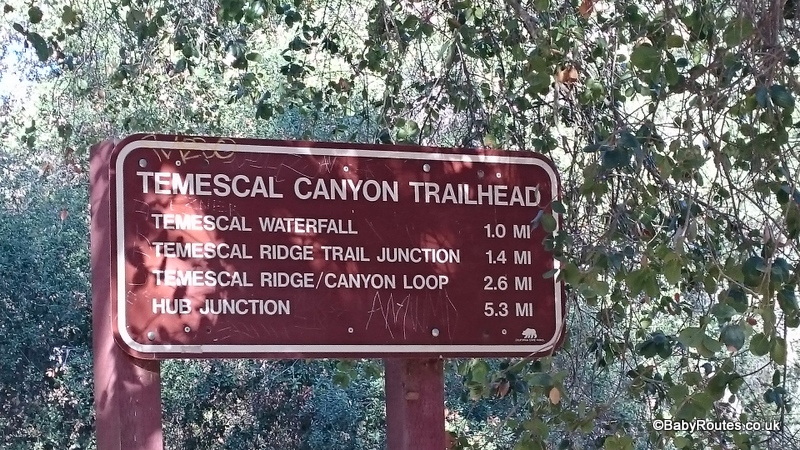 I fancied blazing as far as we could manage up out of the canyon on the Tamescal Ridgeway Trail in order to get that first view back down to the city and ocean.  Roo though opted for the gentler track into the canyon towards Tamescal Canyon Falls. I didn’t have high hopes for the falls. California is in the throws of a serious four year drought right now.

As we set off down a very accommodating and gentle track I reflected on how she was probably wiser than me.This route would at least give us some shade during the mid-afternoon and for a first hike out solo it seemed wise to stick on the easier trail this time. We hadn’t gone very far though when Roo ground to a halt.

The mountain it seemed was calling to her too.

That first haul up the Tamescal Ridgeway Trail was probably the hardest bit of walking in all our time in California. Not because it was the most technically difficult or furthest. More that we were still getting used to walking uphill in about 15 degrees warmed than home. For me, that meant with Beth and enough water and snacks for three on my back! Boot camp had begun. 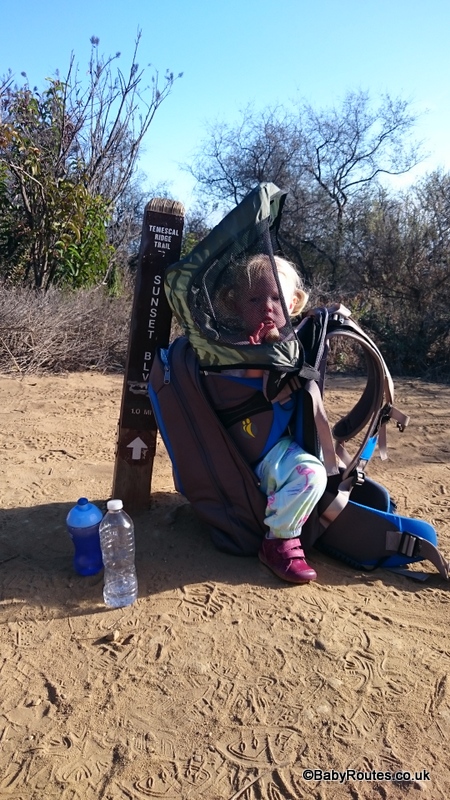 A rare moment of wakefulness from Beth!

It didn’t take very long before we were rewarded with our first views back down towards Santa Monica. The canyon hemmed them in a little but it was still worth that short, steep wander. 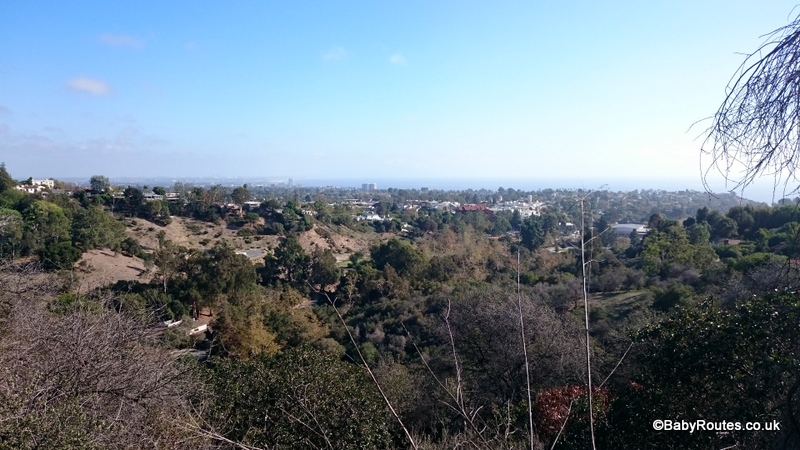 The beginnings of a view.

As we climbed further the views stretched out wider and wider. Our breaks became more frequent and I was grateful that I had resisted the temptation to go light on water. The sun was relentless. I decided to just climb up as far as Roo could manage and then turn back. It’s not like we would have missed out on a view. Beth had long ago succumbed to the heat and was drowsily snoozing in the shade of her backpack. She definitely had the best way to hike that day! 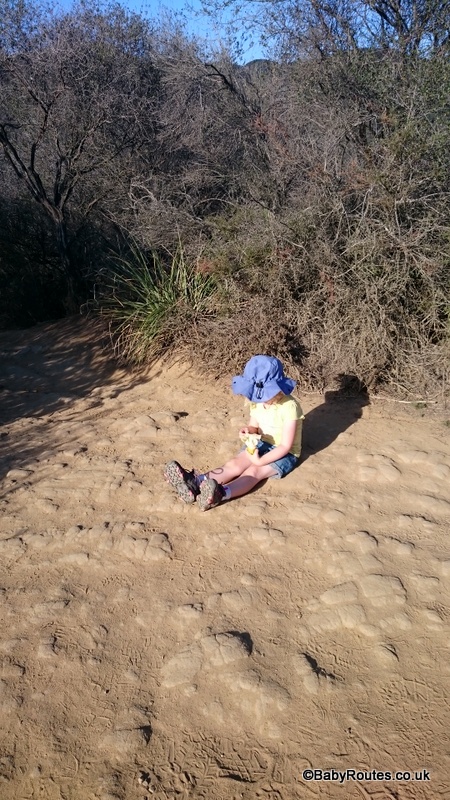 The going continued relentless upwards and so did Roo. As if to rub salt into our sweaty wounds, at regular intervals we would be overtaken by toned, bronzed and immaculately groomed people power walking up the hill in tight fitting and expensive looking gym wear. We must have looked a funny sight to them with our red faces, floppy hats and my long, loose walking trousers. No matter, they greeted us with a continual stream of friendly ‘hi’s, discussions over hiking with kids and enthusiastic ‘good job’s of encouragement to Roo. The latter actually overturned her decision to turn back on a particularly trying stretch. It was a long way up for little legs and I wouldn’t have blamed her. She amazed me. 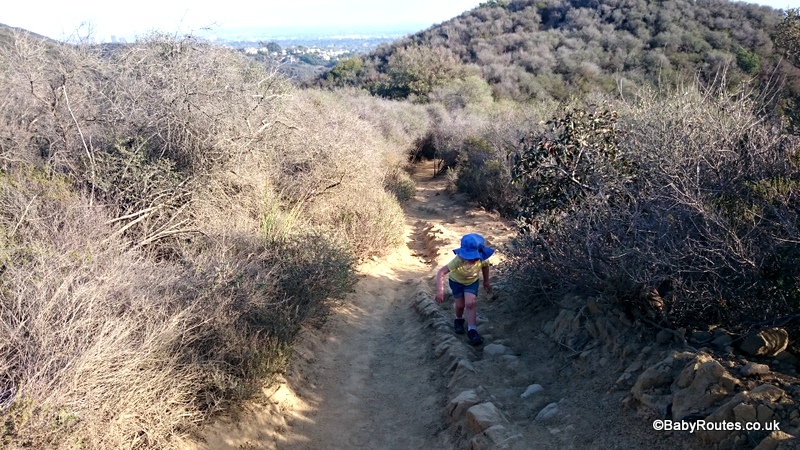 At long last we made it up to fantastic viewpoint with a very welcome if slightly out of place bench. The views stretched out mesmerisingly around us down to the Pacific Ocean and out over the city and even Beth deemed it worthy of waking up and stretching her legs!  It was wonderful to be so close to the city yet feel so far removed from it. Well, not so far…a group of fellow hikers were also taking in the view as we arrived, all the time discussing loudly the possibilities of getting something, or someone, on Oprah… 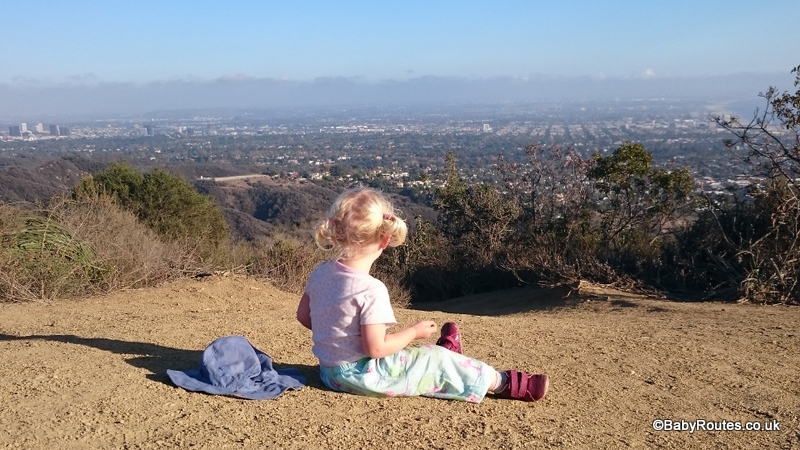 Worth waking up for the view…

Roo did lead us on a little further but I could see she was tiring fast now. The sun hovered uncertainly in a deepening sky. We had no hope of us continuing and joining up with the Tamescal Canyon Trail to complete the full loop now. It was time to turn back. Our descent took us a fraction of the time it took to climb up, accompanied by a steady stream of dust kicked up by Roo’s boots and happy singing from Beth. 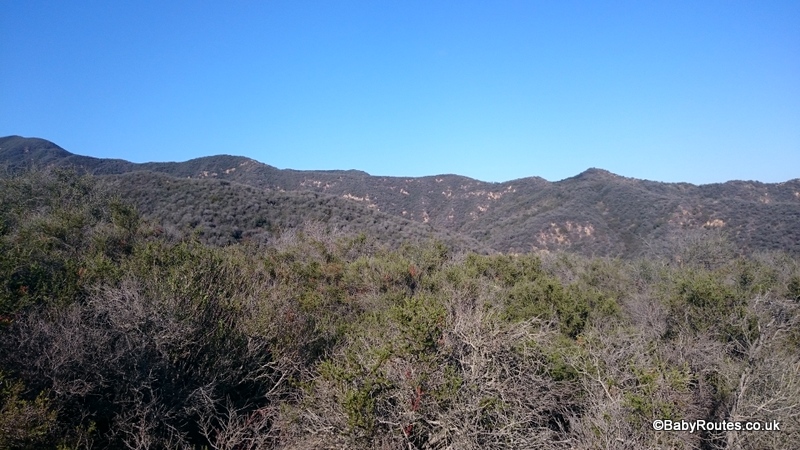 Looking back over the canyon.

We stopped in the supermarket for more water and buns before catching our bus back. Those skimpy yoga pants can wait another day!

If we had been earlier I’d have been tempted to catch the number 2 bus down to the beach for a sunset paddle but as it was, by the time we got to the bus stop dusk had already fallen. We all slept well that night. A successful outing for Roo’s first pair of boots and a positive marker for me. From then on those unfamiliar dusty trails and I began to be firm friends.

Tamescal Gateway Park offers plenty of hiking options close to Santa Monica. As well as the two trails described here the more serious hiker can use it as a jumping off point into the many wild miles of Topanga State Park.

I haven’t written up the normal Baby Routes walking route for Tamescal Gateway Park  – the Ridgeway Trail is not suitable for your average pair of little legs given the continual uphill and we didn’t really reach a defining landmark. The park is worth a visit if you’re in the area though and the Canyon Trail would be a better option for young families of the two main trails. Given an acclimatising and four year old Roo made it up the Tamescal Ridgeway Trail though, there is no reason why other fit and keen mini-hikers shouldn’t make it up too and the views from just a short way up the trail are worth investigating even if you go no further. Earlier in the morning when it was cooler I think we could have completed the whole loop returning on the Tamescal Canyon Trail. With kids, timing is particularly important.

As with anywhere in the L.A. area, be aware of what Poison Oak looks like and keep a look out for rattlesnakes on the path as you’re walking. Keep kids on the main trail. You’re very unlikely to meet a mountain lion but it’s worth reading up on what to do on the boards at the trailhead before you hit the trail.

For more information on Tamescal Gateway Park, visit their website. There are also free route maps by the information points in the car parks to pick up although do be sure to buy a proper topographic map if you’re planning on going very far and be aware that the trails seem to sometimes go by different names depending on what map you are looking at!

Permanent link to this article: https://babyroutes.co.uk/hiking-tamescal-gateway-park-santa-monica/ 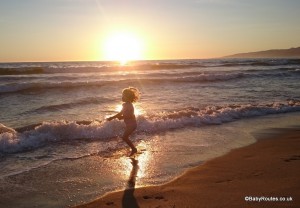 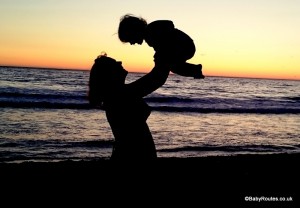 8 Fun Things to Do with Young Children in Santa Monica, CA 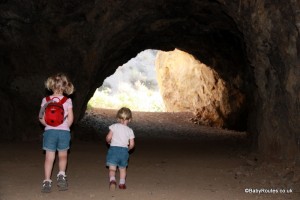