Are holidays good for baby development?

Off on her first holiday abroad!

We got back from a fantastic week away in Ireland just a week or so ago, bringing back with us our newly super-talkative two year-old and our youngest daughter for whom the week away had also brought big changes.

Whilst we were looking forward to lazy mornings and leisurely days exploring Ireland’s West Coast, it appeared Baby, at 6 months old, had holiday plans of her own. She chose this one week window to both grow her first tooth and start bunny hopping (crawling is far too conventional obviously). She can now navigate a room with surprising ease for  such an awkward looking (and entertaining to watch) mode of travel and she has become a menace when it comes to hunting down magazines and brochures – a new favourite delicacy of hers! The teething part was definitely less entertaining, particularly during some of our longer car journeys. We had to have a few extra unscheduled stops along the way to calm down the slightly crazed looking driver and she spent a good deal of time in the car practising chewing with her surprisingly sharp new incisor on the closest passenger’s hand.

The other big milestone we reached this holiday was moving Baby into a cot of her own. Until now she has been snoozing in our much loved Bed Nest, within arm’s reach of my side throughout the night. I love the Bed Nest but taking it with us on holiday though was never an option. It is slimline but still large and pretty heavy, making it far from ideal when cramming three adults and two children into a hire car and packing for Ryan Air luggage limits! It was time to brave the travel cot.

Amazingly, Baby adapted pretty well and started off each night in her own cot, although would inevitably end up sneaking in to bed with us after her early morning feed! We’ve been back from holiday a week now. From barely sleeping in the daytime and needing to be constantly close-by at night before we went away, Baby has settled into regular, twice a day naps, sometimes up to two hours at a time, completely. All this in her own cot and own room. We have our evenings (and bedroom) back and it’s amazing! 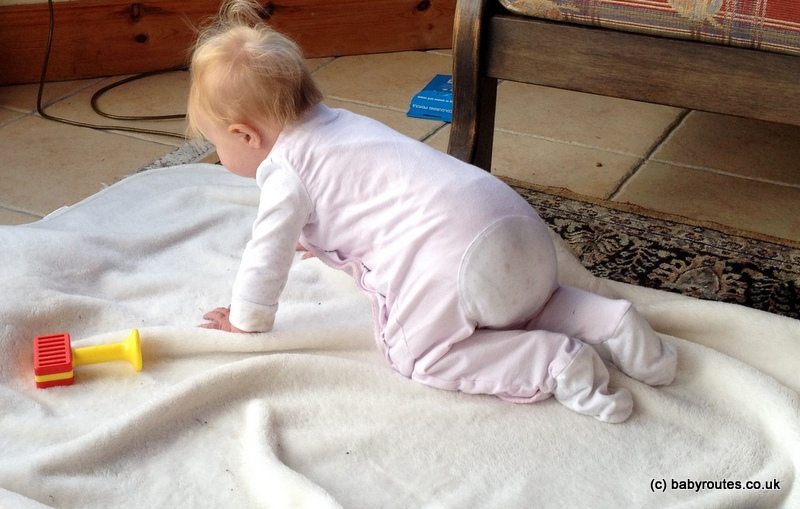 I’m sure a lot of these developmental jumps are random and others down to age-related milestones. I do still wonder though what kind of effect a holiday has on a baby and the rate at which they reach developmental milestones? It seems too big a coincidence that a trip to France at the age of 9 months coincided exactly with Roo sleeping through the night from 1900 to 0700, something we had been desperately trying to encourage with more and more outlandish ideas and a good degree of desperate pleading to no effect for months before. I’m convinced that the change of scene, relaxed warm days, light-blocking shutters on the thick stone-walled house and being sent for a swim in the villa pool before bed each night, all helped Roo make the break-through.

I’ve had a look for research but not come across anything very scientific relating to under one-year-olds and holidays. There are plenty of studies though supporting exposing toddlers to new and stimulating experiences to boost brain development – a great excuse I plan to deploy soon when trying to justify a trip away!

My theory, for what it is worth, is that a holiday away from home means more relaxed parents: parents who are less likely get distracted by household chores and errands or worries about jobs and diaries. This means more undivided time to spend focusing on and encouraging children to explore and enjoy the world around them in new ways.

A holiday also gives a blank canvas with which to reset established routines and habits – although this of course can have negative effects too, such as upsetting established bedtimes. For us, the unfamiliar surroundings of our holiday cottage presented the perfect opportunity to break the routine of Baby going to bed in her side-sleeper without being able to give in to her if she objected. This meant that when we got home, it wasn’t quite such a shock for Baby to suddenly find herself in her own cot and not alongside us.

Roo as a baby, enjoying one of her pre-bed pool sessions in France.

Different stimuli and exposure to more experiences and people also has to help a lot. Roo rolled over for the first time when attempting to explore an unfamiliar room at a relative’s house and our trip to France when Roo was 9 months old did wonders for her ability to behave herself for lengthy meals at a restaurant. Most significantly, following our most recent trip to Ireland, Roo is so much more confident and chatty with those outside immediate friends and family since we got back.

On holiday, the amount of everyday interactions she had with strangers was so much greater than our average day at home. Living up to their stereotype of being super-friendly and talkative, almost everyone we met in Ireland said hello to her and asked her name. Slowly, over the course of our stay, she emerged from behind my legs and began responding, albeit a little shyly, when spoken to. Back home our neighbour, who previously could barely get a smile out of her, nearly keeled over from shock when she launched into conversation with him! This is progress that I’m sure would have taken months without the boost of our week away.

Of course all these things could be pure coincidence but I remain convinced all the same that holidays provide a boost to child development. If you’ve come across any research around this, either way, then do let me know – it’s a topic that fascinates me. How about your childen? Have you had a similar experience or do holidays cause more disruption than progress?

Permanent link to this article: https://babyroutes.co.uk/holidays-good-baby-development/ 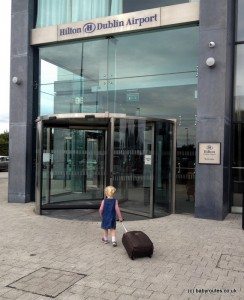 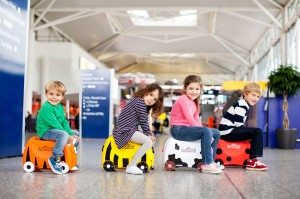 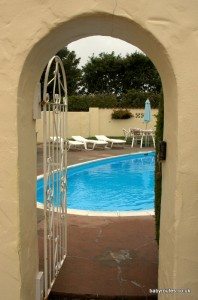