And the winner is…

Making Tracks in the Peak District 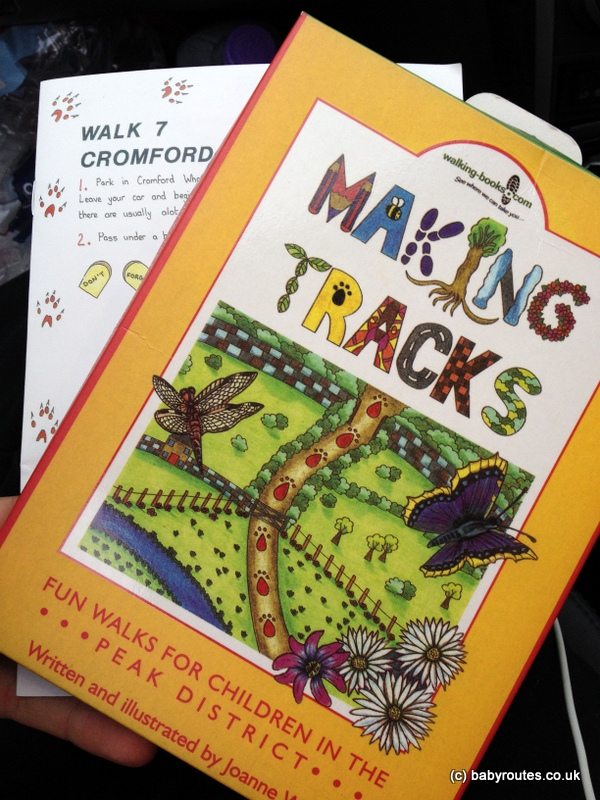 Walking with children is one of those balancing acts. As an outdoor parent, you desperately want them to love exploring the countryside as much as you but as any parent knows, children can smell desperation ten miles away and usually react by doing the exact opposite of what you hope! At Baby Routes, I am constantly trying to find new ways to enthuse the girls about the great outdoors. From Peter Rabbit walks to nature treasure hunts, as Roo gets older I find myself looking for fun ways to keep her interested on our walks.

When I first came across the ‘Making Tracks’ series of walking routes from ‘Walking-Books.com’ via Twitter, I was quite taken with the concept. Here were a series of family friendly routes written with the intention of the youngest members of the walking party leading the way. From familiarisation with maps, interesting local snippets of information provided without parents having to do too much prior research and fun illustrations, this seemed an inspired way to get kids into walking and when Mike from Walking-Books.com asked if I’d like to take a pack on a road-test I was keen to get involved! 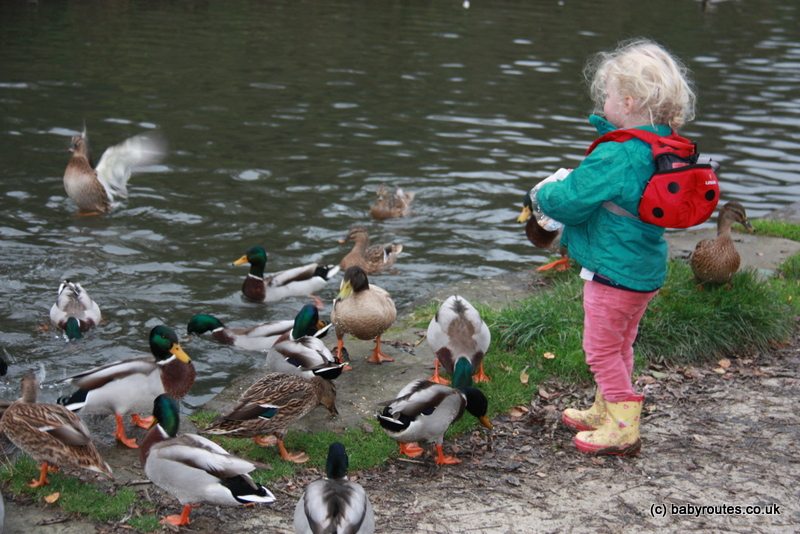 Feeding the ducks at Cromford Canal

We headed to the Peak District  – yet another stop-off on our way back from Scotland. With only a day to spare, it was great to have a selection of short routes to hand, ready to test out. After a bit of umming and ahhing and looking up the locations on a map, we opted for the Cromford route – the words ‘ducks’ and ‘trains’ immediately grabbing Roo’s attention when we read her the descriptions.

We found the suggested car park in Cromford fairly easily and with boots on and route card to hand, off we set. The description was not lying about the ducks. There were loads! We still had some duck seed we had bought up near Loch Lomond with us so Roo had a great time making lots of quacking friends.

When we eventually managed to extract her from the ducks and started our walk, she was pretty keen to get going. We had explained to her about her being the walk leader and being the independently minded three year old she is, was quite taken with the concept! 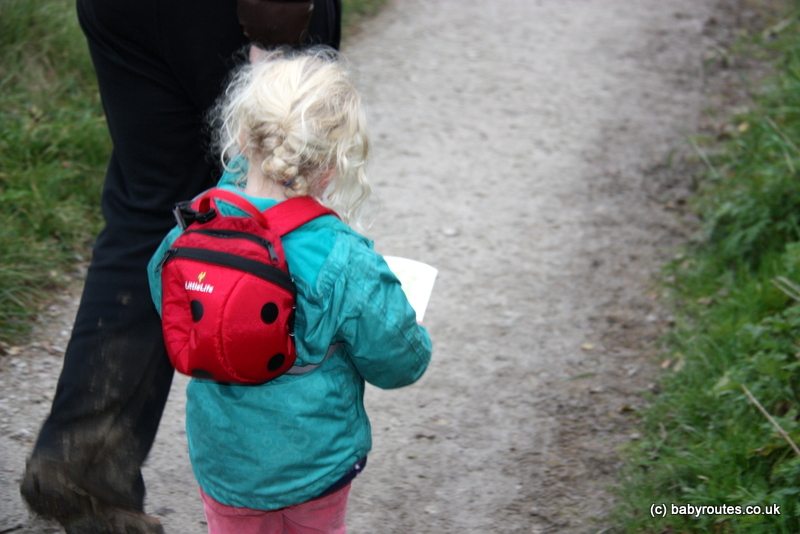 Our leader studying the route…

Of course, at barely three years old Roo can’t read the route directions herself yet but the cards are beautifully illustrated making it easy for her to lead by pictures and she loved the idea of following the animal prints that mark out the route. We would read the next set of instructions to her and help her to spot what features would be coming up next and then off she would trot, shouting out with excitement ‘Look! A bridge!’ when we got to the first landmark!  I really thought that the routes might be more appropriate for older children and I do still think that children of 6+ are probably going to get the most from them but Roo proved to me that she was not too young to learn the basics of understanding a route and landmarks.

As promised, the route took us along the canal towpath to an old disused railway at High Peak Junction workshops. Sadly, the old train that the route card told us we could climb on was closed off to the public temporarily, but it was still fun to take a close look at it and Roo was quite taken with the runaway train carriage abandoned in the gloom of a catch pit further up the hill. She was also a big fan of the long tunnel the path goes through and we had fun making echoes! There were plenty of information boards to keep the adults interested too – we learnt quite a lot about the local area and its industrial past. 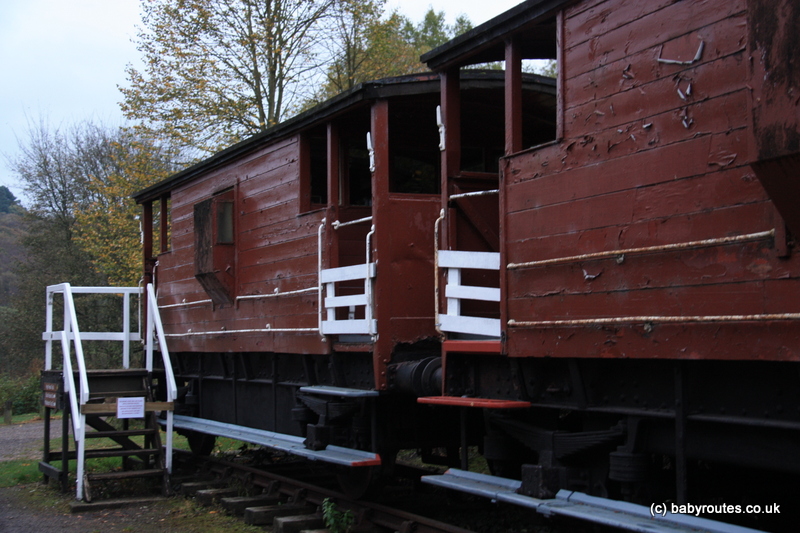 Talking of hills…that was quite some hill! Whilst the route card did mention a hill and having a rest part the way up, it was hard to gauge just how long an uphill slog it would be until we we doing it, although perhaps the fact we were now on ‘The High Peak Trail’ should have given us a clue! Again – a fit school age child would have no problem with this (although less fit parents may well do) but for Roo at the end of a long walking day, it was a bit too much and I carried her up most of it on my back. We did get some good views though, with the illustrated points of interest on the route card breaking up the hill a bit.

The final lope downhill home was fairly quick and we headed back to the car park where the ducks were lying in wait. Word must have got out about the duck seed – I swear there were more of them than ever! We were too late in the day for it, but we did also notice the tempting signs for snacks and the cheese shop at the entrance to the car park. The canal-side benches would make a pleasant spot for a picnic earlier in the day.

Tunnels and views…key features of our Cromford walk!

Overall, we were impressed with the Making Tracks route cards and enjoyed our trial walk. As the normal group leader though, it was amazingly hard for me to take a back seat and let Roo try taking the reigns – a good lesson for me! There are a good selection of routes in the Making Tracks pack (ten in total), spread across the Peak District and covering all sorts of different interests to capture the imagination of younger walkers. We were tempted to explore the plague village of Eyam and we passed parts of the Chatsworth route too earlier in the day -another varied and interesting (and flatter!) walk. The routes cover different lengths, although there are few very short routes – 1 1/2 hours is the shortest and 4 hours the longest.

The routes are well written and informative from a child’s perspective – there is plenty to look out for, notice and learn about as well as ideas for related home crafts in some cases. The route was pretty easy to follow (one bit of confusion over a signpost but didn’t take us long to work out) although the illustrations are not to scale so master-mapping parents would probably want to take along their own OS as a precaution.

We found our route to be spot on in terms of timing (it took us 1 hour 20, although would have been longer if Roo had walked the whole way at toddler pace) although the distance for us was just over 2 1/2 miles compared to the 2 miles described in the book.

The fact that each route has its own glossy booklet means you don’t have to cart around a whole book with you and is light enough for little fingers to carry, although laminated cards might prove even more resistant to the elements and thoughtless scrumpling.

The only things I’d have liked to see improved would have been the inclusion of a simple grading to show at a glance whether the walk is mainly flat/hilly and what its principal points of interest for kids are.

We are definitely looking forward to returning to the Peak District to try out more of the Making Tracks routes in the future and I think as Roo gets a bit older and learns to read, they will take on a whole new level. Making Tracks also publish routes for the Lake District, North York Moors and the Yorkshire Dales so plenty more inspiration for family friendly and kiddy led walking available. It’s a really fun concept and a great way to encourage kids to walk and adults to see walks through childrens’ eyes.

Permanent link to this article: https://babyroutes.co.uk/making-tracks-peak-district/ 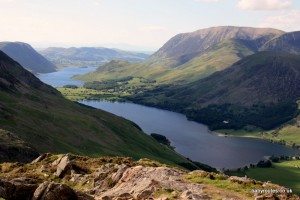 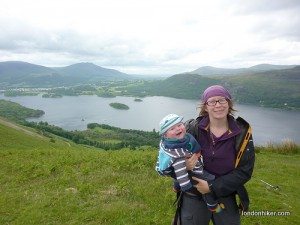