Mums on the run: jogging and running with a baby. 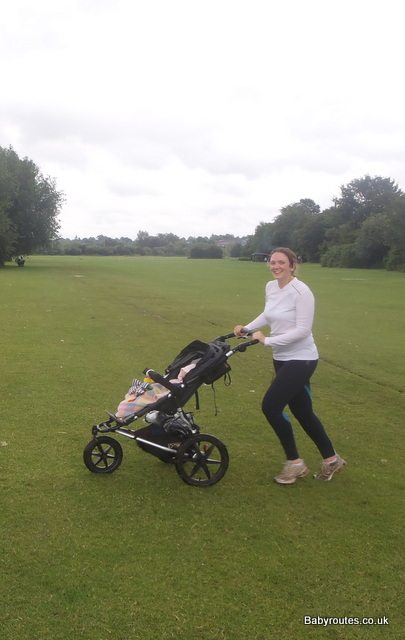 When I was pregnant I once saw a lady running with a pushchair who had missed the bus. She was careering along the pavement at top rate hoping to catch it up. She had missed it by quite a way really as said bus was nowhere in sight. She had obviously also expected to miss the bus as she was kitted out in sports gear and a pair of top quality trainers and was running with ease…

It was about at this point that I realised that she hadn’t missed the bus but was actually just out running with her baby. Running perhaps to help soothe a particuarly difficult baby I presumed or perhaps simply as a result of some horrible concoction of postnatal hormones that had finally sent her over the edge. Not for a moment did I consider that she might be running with a baby for fun, for how could running with a great big unnatural looking pushchair and half the world watching you thinking you have missed the bus (including several bus drivers judging by the way they slowed down a little as they passed her) be fun?

Eight months after the birth of my daughter and I find myself the proud owner of a running buggy and training for the London 10k. I am regularly to be found puffing my way painfully around the local park with my daughter bouncing along in front of me, mostly snoring away although occasionally making encouraging cooing noises at her lagging mother behind. I first really noticed running buggies in Switzerland when I was lent one when visiting family with my daughter. More for the hell of it than anything else, we gave it a go and discovered it was actually not as crazy as it first seemed. Swiss mums have it sorted too – everywhere you looked they were out running, cycling, in-line skating with baby …everything outdoors was possible and the buggies they used were designed to fit their outdoor kit and lifestyles seamlessly. Whether it was entirely that trip or that dreaded concoction of hormones that has influenced me to get off the sofa and out running or whether it is purely the novelty of a new means of getting out in the fresh air with my daughter with me I’m not sure but it is certainly a great way of getting out and getting fit and I also now know I’m not the only one.

Now I’ve started running with a pushchair I’ve begun to notice other mums and the occasional dad out for a jog somewhere scenic with their baby in the buggy upfront. The babies seem to love the ride – I guess it’s like speed walking with all the excitement and stimulation of being outdoors but in their own luxury chariot! There are also races, such as the great series of Tommy’s 8k Baby Races – not only can you run with your baby but you can compete to run faster than any other mum and baby duo and all for a great cause. This must surely be the ultimate head start for primary school sports days when parents are invited to participate with the children in the ‘fun’ races and it all gets a bit competitive and out of hand.

So I have joined the ranks of running mummies. There is something exhilarating and dare I say it, fun, about dashing along at full tilt with your baby flying ahead of you in her chariot. It gets you out and about in all weathers and the buggies themselves are robust enough to take cross-country, opening up a whole new set of terrain for walks with wheels. Plus it is quite entertaining being on the other side of the bewildered looks of others as you charge past them and they follow your receding back, desperately scanning the horizon for the bus you must have missed…

Permanent link to this article: https://babyroutes.co.uk/mums-run-jogging-running-baby/ 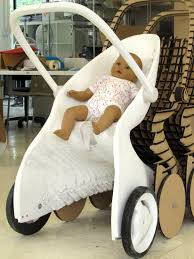 Boris buggies – the end to the tot-in-town transportation dilemma? 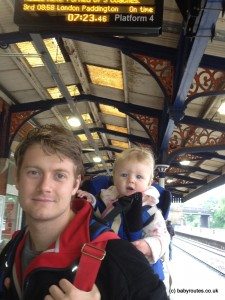 Ten top tips for travelling in London with a pushchair. 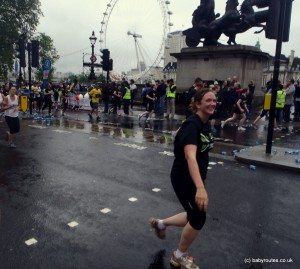