How to escape London with children: Baby Routes interview for London Hiker

A murmuration of starlings: a great natural British spectacle at Shapwick Heath 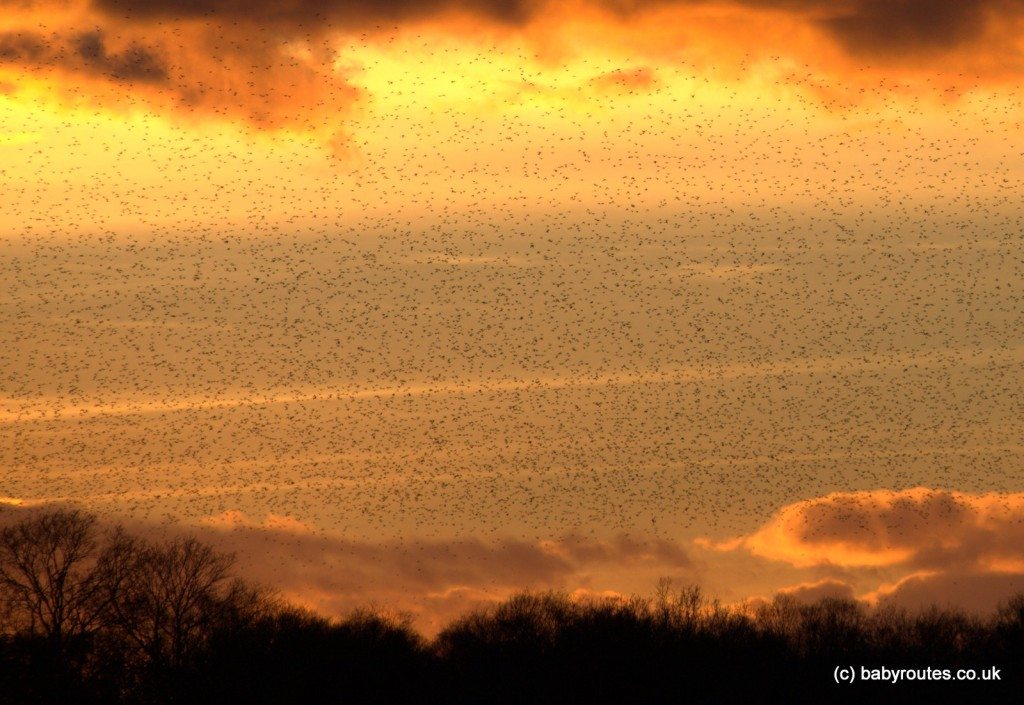 The sun is sinking over Natural England ‘s Shapwick Heath reserve on a gloriously sunny and crisp January day, tinging the sky with fiery colours and deflecting them down onto the watery glass of the rhyne* below. A hushed huddle of people, bundled up in their winter warmers, stare skyward, watching the growing number of birds swirling and swooping overhead in perfect unison as their numbers swell and create a haze of black specks over the sun. And then, on some impercetable signal, the flock dives landward and disappears in a blast of loud chattering into the shadows of the treeline and reed beds below. 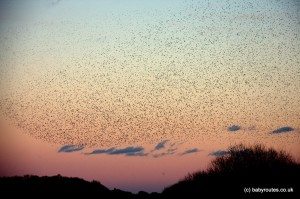 An impressive aerial display put on by the Shapwick Heath starlings.

This is a portrait of Shapwick Heath on the Somerset Levels last Saturday, when I joined many other nature enthusiasts to witness one of Britain’s most spectacular natural phenomenon. Every autumn and winter starlings put on an impressive show on the Somerset Levels as they gather in their thousands to roost, favouring the rich reed beds of Shapwick Heath, Westhay Moor and Ham Wall nature reserves. With uncanny timing the starlings arrive from up to a twenty miles radius at their favoured roost, joining hundreds of others to gather in the gloaming before sunset. Wave after wave of feeding groups of starlings arrive, forming a dancing, feathery black cloud in the skies over the levels before performing a fly-by of the reed beds below and finally racing with impossible speed in unison down to roost. Even when landed, the noise of the starlings is something to be experienced in itself – a deafening cacophony of chattering birds with only the lonely boom of a bittern audible over the din in a seemingly solitary complaint at his noisy neighbours. 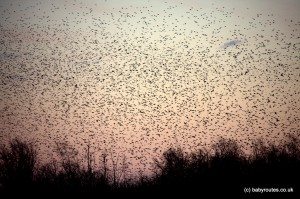 A cloud of starlings in the gloaming.

For the starlings, gathering in a large group (or a murmuration as it is known) to roost is most likely a safety mechanism – it is harder for a bird of prey to pick off one starling amongst a sea of tantalising black birds and for the individual starling, the chances of making it safely into roost and through the night are much greater when one of thousands. A murmuration of starlings roosting together also has the benefit of keeping each other warm and for this sociable, noisy bird, the overwhelming din at dusk of the starlings as they settle in their trees and reedbeds is akin to a house party or rowdy evening down the pub!

This natural spectacle begins in the autumn (typically from November) and extends through to the end of February, as migrating starlings escaping Europe’s harsher winter fly in to swell the numbers of those starlings already gathered in roosting spots over milder Britain. 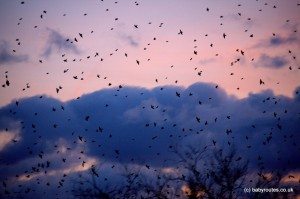 Natural England ‘s Shapwick Heath nature reserve on the Somerset Levels is one of the most favoured spots for starlings in the UK. It has been known for the evening gatherings of starlings at Shapwick Heath and the neighbouring reserves of RSPB Ham Wall and Somerset Wildlife ‘s Westhay Moor to reach into the millions, with the flat, open reed beds of the Somerset Levels providing a great feeding ground for these omnivorous birds.

If you haven’t yet witnessed this great British natural event then make sure you get out and see it this winter. You don’t need to be a seasoned bird watcher to appreciate this magnificent natural event and children will find it a fascinating phenomenon. For those in the West Country, the Somerset Levels and Natural England ‘s Shapwick Heath reserve, Somerset Wildlife ‘s Westhay Moor and RSPB ‘s Ham Wall reserves are undoubtedly the best place to go. The RSPB also recommends Gretna Green (Scotland), Brighton Pier (Sussex), Leighton Moss (Lancashire), Saltholme (Middlesbrough), Newport Wetlands (Wales) and Snape (Suffolk). 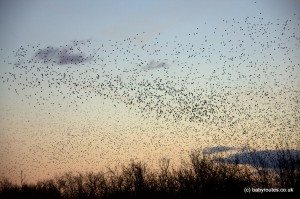 Follow the leader! A change of direction for this murmuration of starlings as they come in to roost.

The starlings do change their roost from time to to time so if you are heading to the Somerset Levels then do call the aptly named Starling Hotline (for people, not lost birds!) on 07866 554142 to find out where they are roosting that night. For Shapwick Heath, there is limited designated parking on the road to Ashcott, just south of the village of Meare. The birds gather and roost any time in the hour before sunset (check the Met Office website for sunset time) but you will need to arrive early as the best viewing spots are about a twenty minute walk west along the rhyne and the car park can get full very quickly, especially on weekend evenings. There is quite often a volunteer from the RSPB or Natural England on site at the Somerset Levels reserves from around an hour before sunset to provide information and occasionally giving a talk about the starlings.

For those wanting a guaranteed sighting of the starlings and to avoid the weekend evening crowds, why not visit at dawn to witness the so-called dawn explosion as the starlings burst upwards and away for their day’s foraging? There are also some guided events on the Somerset Levels to see the starlings at dawn for a small fee – find out more here.

Have you see a murmuration of starlings near you this winter? Leave a comment and let us know where you saw them and how the experience was for you!

* a rhyne is the Somerset word for a drainage ditch or canal found in areas of wetland, used to control water levels with a particular view to creating useful farming pasture-land.

A stunning starling sunset spectacular over the Somerset Levels

Permanent link to this article: https://babyroutes.co.uk/murmuration-starlings-great-natural-british-spectacle-shapwick-heath/ 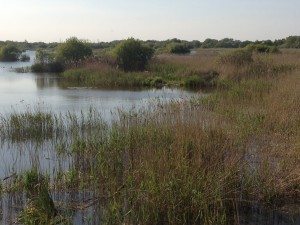 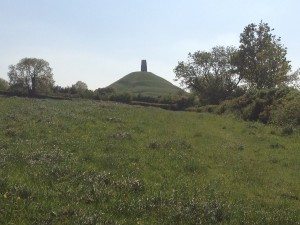