Lambing Weekend at the Earth Trust

On Moving Across the World…

A photo memory popped up on my phone yesterday from last May. At first I wondered what fresh parenting madness had led me into creating a visual record of a bunch of winter clothing and outgrown baby kit. Then I realised they were photo listings for eBay, taken as we madly tried to empty our house of over eight years’ worth of accumulated clutter. We were moving. From rural Oxfordshire to Los Angeles,  California, USA. 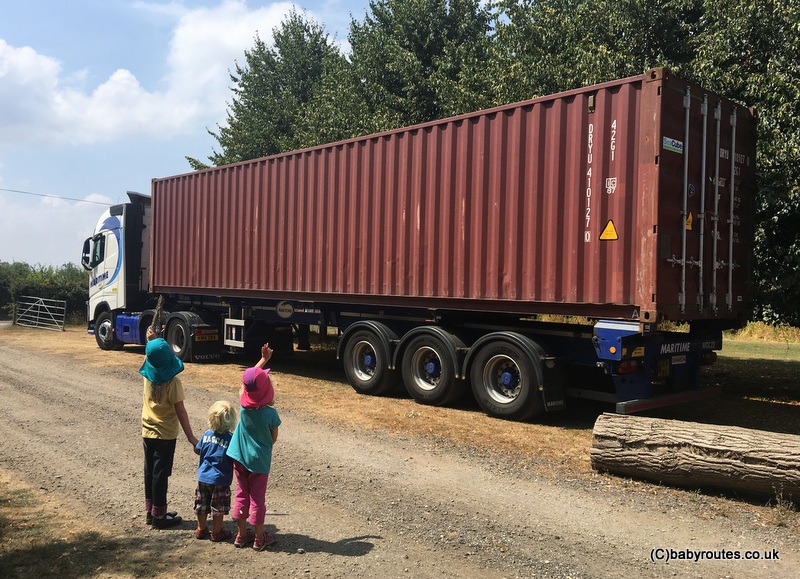 Waving off the remaining contents of our house (I ran out of time on eBay…), as they got a head start on us on their sea voyage to California.

At first glance moving across the pond to the sprawling, vastness of Los Angeles seems an illogical move for an outdoorsy, countryside-loving family. The move was instigated because of a work opportunity for my husband,  our own relentlessly restless feet and a longing for adventure.

Still, outwardly Los Angeles could be seen as an odd choice of location. We have little love for traffic or heavily built-up areas and it certainly wasn’t the siren call of Hollywood’s decidedly grimy lights that drew us either. 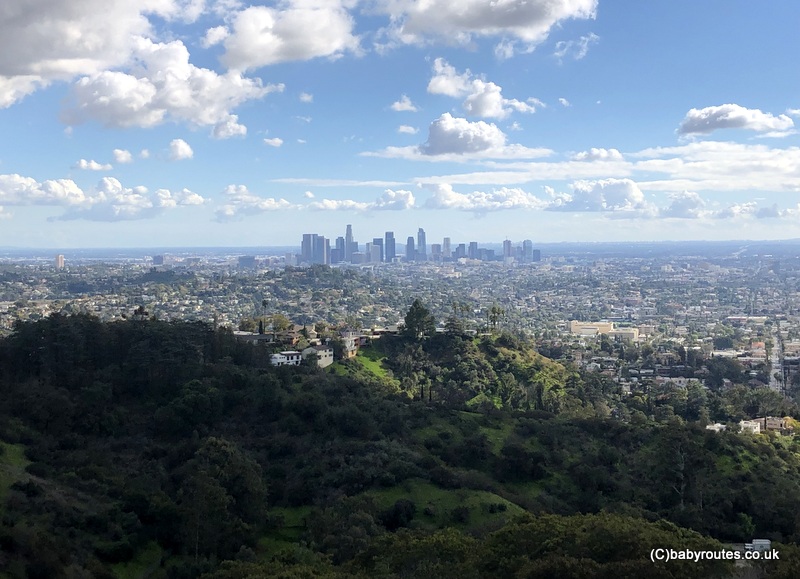 Downtown LA seen from one of the many hiking trails in nearby Griffith Park.

We knew a secret. Los Angeles is actually a surprisingly outdoorsy city, something that had shattered all my preconceptions on a visit just two years earlier.

Don’t believe me? Just think back on all those famous images of the City of Angels that spring to mind from the big screen. The beaches, the avenues of palm trees, the mountainside that forms the backdrop to the Hollywood Sign, those dreamy Pacific Ocean sunsets, the sweeping, elevated  views from some glamorous pool house perched up on the side of a canyon above the city. The clues are there  everywhere to be found but a focus on the city spotlight too often drowns out its natural backdrop. 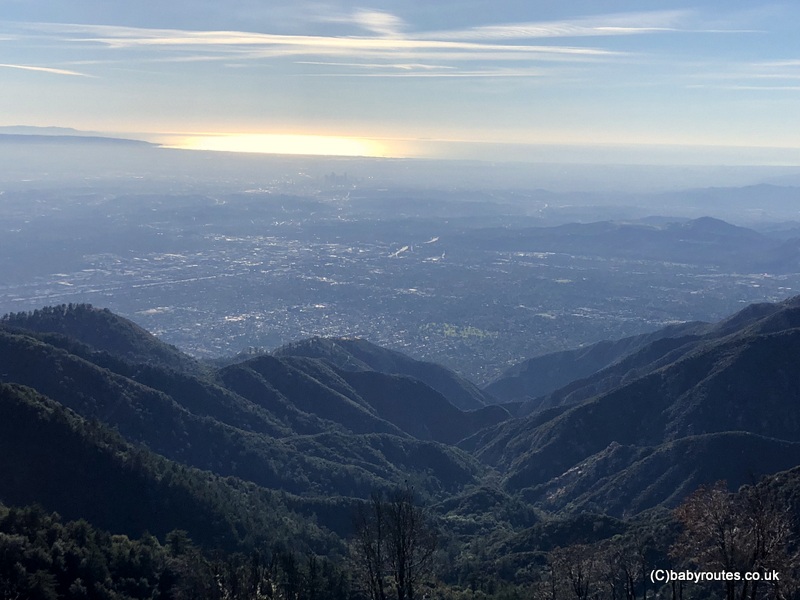 From the mountains right down to the ocean – Los Angeles has plenty of natural scenery to explore.

Yes – Los Angeles is undeniably huge  – a massive network of cities merged into one, joined by a tangled web of roads, concrete and man-made noise and light. Yet along its entire western flank the bass rumble of the vast Pacific Ocean puts the roar of LA’s freeways firmly back in its place. To the north, the seemingly endless sprawl of buildings crashes futilely against  the foreboding flanks of gigantic mountains, home to mountain lion and black bear. This winter those mountains rose in majestic snow-capped peaks above the city skyline. Surfing, hiking, skiing, wilderness camping…all is within reach of those dazzling city lights.

It was into this clash of city against wilderness that we threw ourselves in August last year. It feels like it has taken nine months for our jet lag to wear off, such has been the blur of activity, settling into new patterns and adjusting to a new culture that presumably accompanies any international move. We have also been busy exploring our new home – from ocean to desert to mountain to plains of orange poppies. If you follow Baby Routes on Instagram you will see we have not been idle, although I’m ashamed to report back that I have not yet learnt to surf! 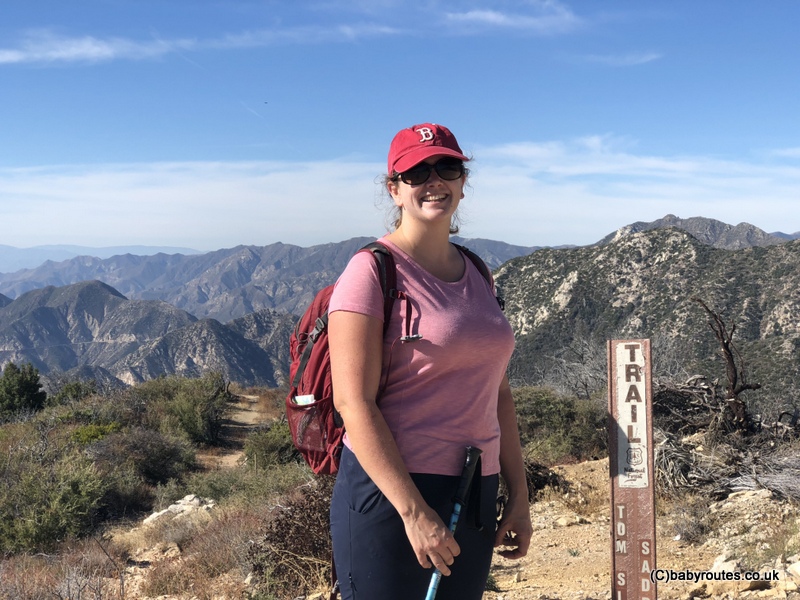 Out hitting the trails with the family in the San Gabriel mountains up behind LA. So many possibilities to explore!

With the abrupt change in routine, I have also been taking some time to consider my focus going forward.  After nearly a year of moving chaos I am very slowly getting back to writing again. The emphasis with Baby Routes going forward will likely be predominantly on adding new hiking trails, both UK and USA,  rather than on the blog,  as I take some time to explore new projects.  Rest assured that we are still hiking frequently and, despite moving across the world, my feet have certainly not lost their itch for travel and adventure, nor my hand for writing down each new discovery.

Permanent link to this article: https://babyroutes.co.uk/on-moving-across-the-world/ 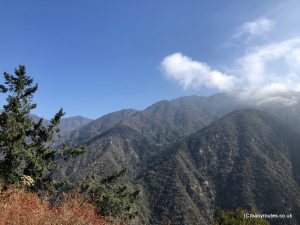 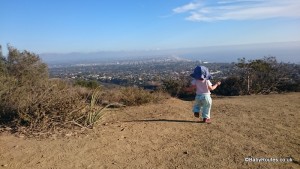 Walks & Hikes in the USA 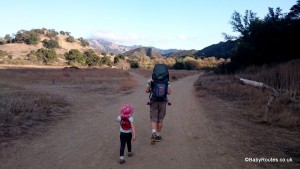