to still my beating mind’

Starting at Shakespeare’s birthplace of Stratford-upon-Avon, the scenic route meanders on footpaths, bridleways and quiet roads through the beautiful and typically English countryside through the Cotswolds and the Chilterns, leading finally to London where Shakespeare spent so many of his most productive years as a playwright. The route itself has been based on a route Shakespeare himself may well have followed closely to when travelling between Stratford-upon-Avon and London during his life and offers a cultural variation on other long distance walks.

Passing through many scenic and quiet villages, this is a route that can easily be split up into a series of small day walks so that you can cover the course over a longer period of time or just those stretches you fancy most.

Permanent link to this article: https://babyroutes.co.uk/shakespearesway/ 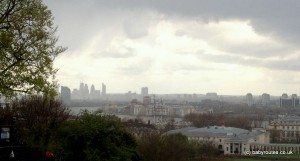 Spring into summer with a weekend walk in London