Giant stones and a National Trail

I’m thrilled to announce that Baby Routes has been short-listed for the Travel category of the Brilliance in Blogging Awards 2013!

The Brilliance in Blogging Awards (or the BiBs) is a national ward, celebrating the best in parent blogging. It’s hosted by BritMums – Britain’s biggest collective of lifestyle bloggers and social influencers and includes

If you nominated Baby Routes, then thank you! It’s still only just sinking in – I actually had a bleary-eyed read through the shortlist in the early hours of Monday morning when Roo was up in the night with what turned out to be a vomiting bug but somehow managed to completely miss Baby Routes on the list. I only realised the blog had been shortlisted when I received a message about it today and it couldn’t have come at a better time to brighten up our week!

I am absolutely over the moon to be on the list. Even more so when I took a look at the high standard of the other fifteen blogs that made the cut. There are some great reads out there across sixteen diverse categories so if you need some inspiration or entertainment on everything from new recipes to try out to those blogging to make the world a better place, head over to the short list here.

What next? Well, voting is now open to whittle down each category of sixteen blogs to six finalists. Voting closes on the 12th May at midnight and then the finalists are announced on 22nd May. Then the overall winners of each category in the Brilliance in Blogging Awards are finally announced at BritMums Live on 21st June!

So…if you like what you read on Baby Routes, please head on over and vote at the BiB Awards voting page!

Permanent link to this article: https://babyroutes.co.uk/shortlisted-brilliance-blogging-awards-2013-travel/ 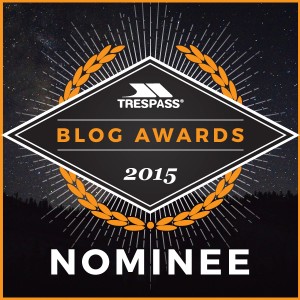 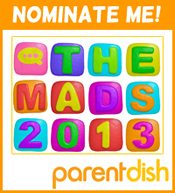 MADs final day for nominations – here’s a ditty to celebrate!