Hello from the snow!

This time last week I was feeling rather relieved at having a) made it past the Swiss Airlines’ check-in scales after numerous repacking attempts and b) arrived safely in Zurich after flying solo with aforementioned neo-scalebusting luggage, a 3 year-old and a baby. All without, I hasten to add, losing any bags or children. The challenge was all well worth it as soon as Roo spotted all the snow glistening in the evening darkness from the car window. Her eyes wide with disbelief at the sheer volume of white stuff all around her, she spent the journey from the airport continuously pointing out untouched blankets of snow on roadsides, by footpaths and coating the hillsides and asking incredulously ‘why are there no marks in it?’. 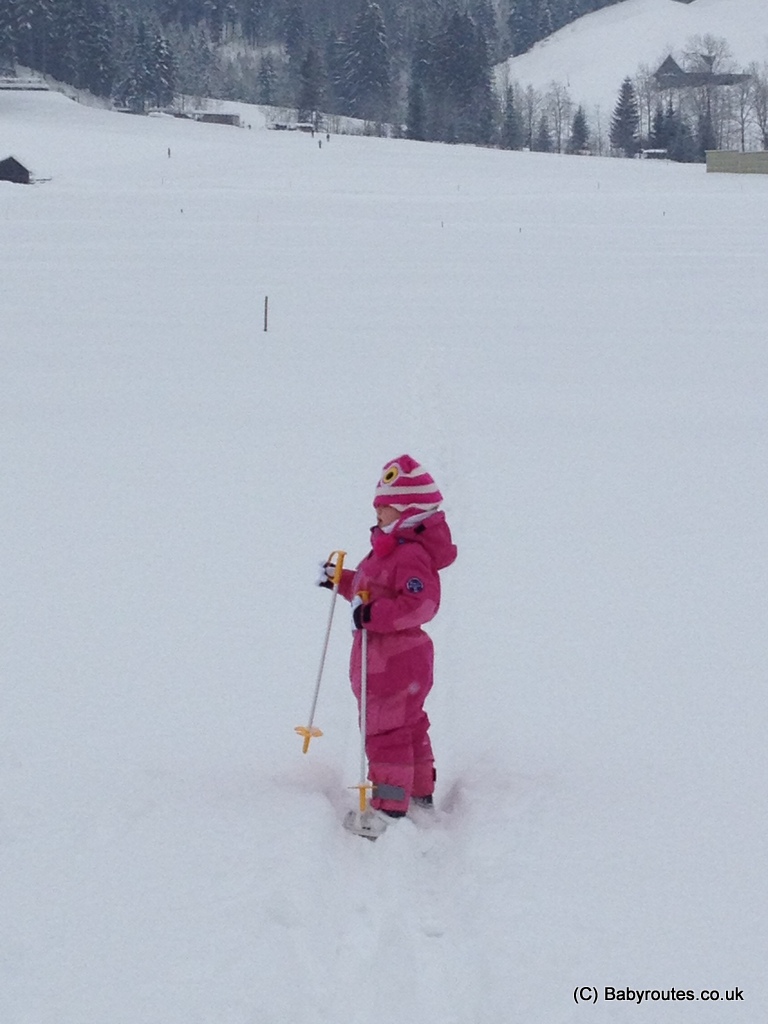 Off to make some marks in the powder with her skis…

Since then not a day has gone by without Roo taking action to correct this apparent oversight by the good people of Switzerland. She has been walking, sledging, stomping, playing, skiing and even crawling through the mounds and mounds of thigh-high powdery snow all around us. She has personally seen to it that most of the snow in our immediate surroundings has a good representation of marks and we have all helped her in her goal. This means we have spent a good deal of the week outdoors, despite temperatures of around -9C at gone 9am several days and a lot of time spent climbing in and out of layer and layers of thermal clothing. Switzerland is such a fantastic place for outdoorsy kids – but more about that in future posts.

A new adventure for Roo this week has been trying out her first pair of skis. She donned a pair of plastic toy ones for a bit of improvised cross-country skiing up and down the road outside the house and after a bit of uncertainty, became quite confident at racing the pushchair. Then today she moved on to the real deal with a tiny pair of proper skis and her very first ski lesson. This involved a lot of making ice-creams out of snow, sliding on one ski and shouts of ‘bravo’ from their lovely teacher as she eventually slid through an arch on both skis.  Needless to say, she loved every minute. With another week to go, hopefully we can squeeze in another lesson or two! 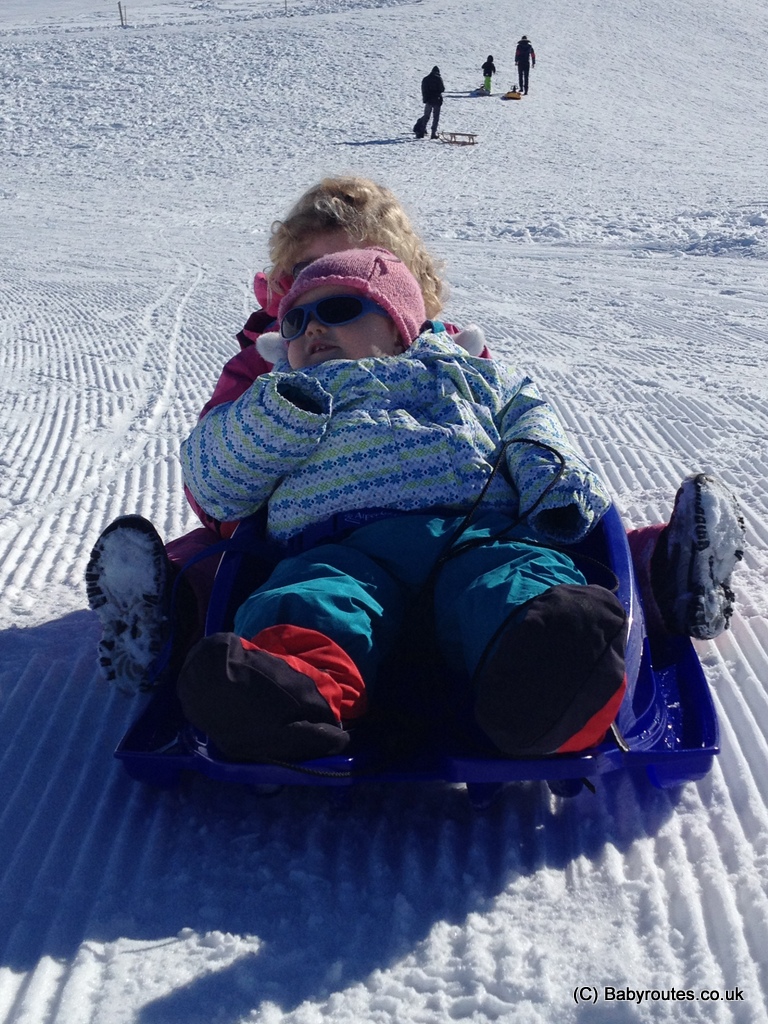 Today is another first for all of us. Instead of celebrating Valentine’s Day with roses and romance, we will be exchanging them for balloons and birthday cake as Baby Beth celebrates her first birthday out in the Swiss snow. Hopefully we will get out for a bit of her (and my) new favourite way of going for a walk – bundled up on a toboggan!

I’m joining in with the the #CountyKids linky over at the Coombe Mill blog – hope you’ve all had a wonderfully outdoorsy kind of week!

Permanent link to this article: https://babyroutes.co.uk/snow/