Walking is a fantastic past-time  – a great, non-competitive form of outdoor exercise that allows contemplation, exploration and adventure. Every now and then though it’s nice to add in a bit of spice and setting yourself a challenge. One way of doing that is to join an organised event as an individual or team and challenge yourself in the company of lots of fellow walking enthusiasts. If you’re looking for an event to add to your outdoor new year resolutions list then this is the post for you!

From putting on your boots for a charity walk to tests of endurance or navigational skill, here is an ever-expanding list of organised walks, principally in the UK, that I have come across. I’ve included a separate list of family walks which are aimed specifically at children or young families. That doesn’t mean that other walks listed aren’t open to children but you will need to check the fine print of the individual event for details and use your common sense. A lot of them, given they are endurance challenges, have a minimum age restriction and are not suitable for minors.

If you’ve got any suggestions to add to the list then please leave a comment or send me an email and if you’re taking part in an event then I’d love to know how you get on! I’ll be adding new walking events throughout the year as I come across them. Here’s a few to get started:

Three Peaks Challenge: Climb the three highest peaks in England, Wales and Scotland within 24 hours. Not a challenge for the faint-hearted or who like time to stop and enjoy the view along the way! Various dates.

Welsh 3000’s : A super-testing walking challenge involving climbing all the peaks in Wales over 3000ft, generally within 24 hours though there is no set time. Choose your date.

TGO Challenge: A self-supported walking challenge across the Scottish Highlands from West Coast to East Coast, with a maximum time of 15 days. This is open to over-18’s only and involves planning your own route.

Tour de Trigs: A 24 hour overnight hiking challenge for teams of 3 across Oxfordshire and South Warwickshire covering 30 miles or 50 miles in total and using only maps and sets of coordinates to guide you. Open to school and youth organisations as well as the general public. 5th/6th December 2015.

Barnardos Big Toddle: Organise your own short sponsored walk raising money for disadvantaged children or join a local event near you.

Tommy’s Baby Races: The Baby Races are a series of power-walking events across the UK over the year for parents and families. You can power-walk with your pushchair and take place at child friendly venues, which are jointly organised with BuggyFit. Money goes towards Tommy’s medical research projects.

London2Brighton Challenge: Walk from Richmond in London to Brighton Race Course covering a distance of 100km. There are also shorter options and it is also open to runners. 16’s and over. Choose your charity to walk for from a large selection.  23rd May 2015.

Isle of Wight Challenge: Another Action Challenge event for over 16’s taking in the whole of the Isle of Wight coastal path – a full 106km! There are also 1/4 and 1/2 island options and you can walk or join the runners.Choose your charity to walk for from a large selection.  2/3rd May 2015

Grand Union Challenge: An Action Challenge event for the over 12’s (14 for 50km and 16 for 100km) from London out to the Chilterns along the Grand Union Canal towpath. 25km, 50km and 100km options and you can choose to join the majority of walkers or run. Choose your charity to walk for from a large selection. 27/28th June 2015

London2Cambridge Challenge: An Action Challenge event for the over 16’s on a 100km or 26.2km route starting from the Olympic Park and heading out up towards Cambridge. Walk or run.Choose your charity to walk for from a large selection. 29th August 2015.

The Midnight PLOD Trek for Action Medical Research for Children: Take on one of five routes in the Costwolds, Trossachs, Mourne Mountains, Rutlands or South Downs Way. Starting at midnight on various dates across the summer months, walk an endurance testing 50km as part of a team.

TrekFest – The Peaks: With a choice of between 15 and 54 miles through the Peak District National Park, you can choose to walk for the charity of your choice. 5/6th September 2015

The Moon Walk: Take on a night time challenge in London or Edinburgh to raise money for breast cancer charities. Distances go up to marathon length although there are much shorter versions (from 6km) which are open to over 10’s. Two dates in June.

Fright Hike: Take a spooky 30km walk on dates during October and November at four woodland locations across the UK. With 6 hours to complete the event, this is a seasonal challenge for those who aren’t easily scared! Walk for a wide range of participating charities.

Five Valleys Walk: Take a walk through the Cotswolds on varying distances to raise money for Meningitis Now. 27th September 2015

Alliance Trust Cateran Yomp: A 24 hour 52 mile hike around the Cateran Trail with archery, clay pigeon shooting and more along the way. Three options of distances are included.

Permanent link to this article: https://babyroutes.co.uk/walking-challenges-charitysponsored-walks/ 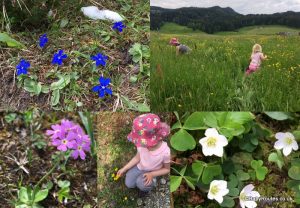 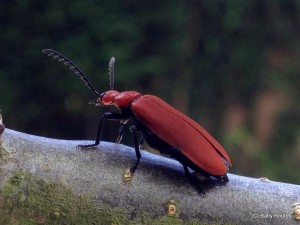 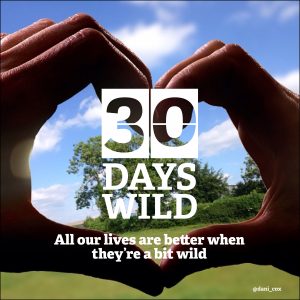 Wildlife Wednesday: 30 Days Wild – How Wild Are You?