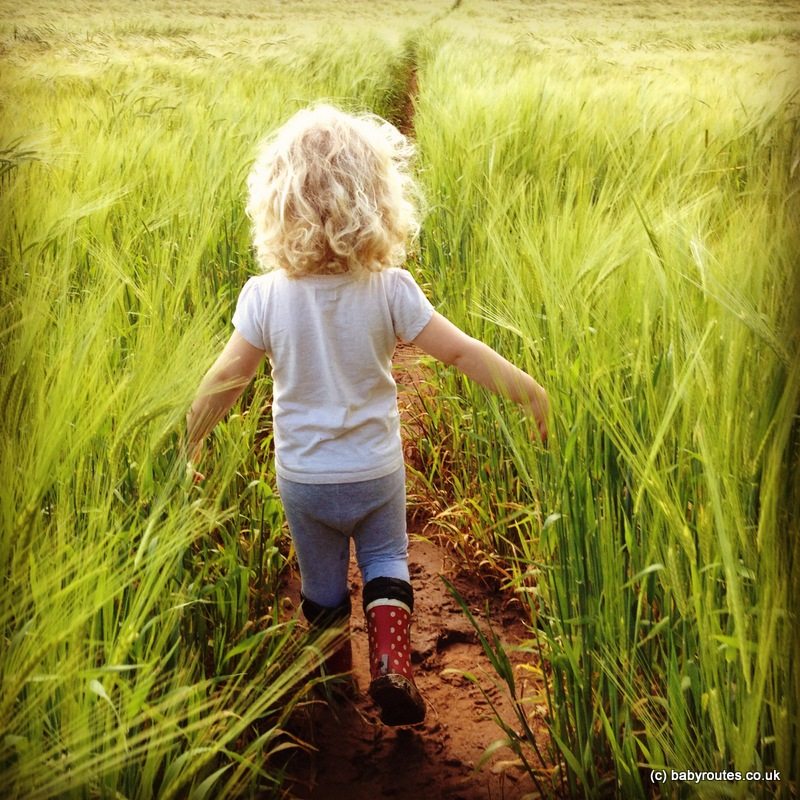 Walking through the fields from Stanton Drew to Chew Magna

When the cat’s away the mice shall play – or in our case, when hubby goes on a stag do then the kids and I get to decamp on a bit of a family visit and Baby Route tour extravaganza!

With exactly this scenario on our hands last weekend, I stuffed Roo and Baby in the car and headed off to a whole brand new Baby Routes county – Gloucestershire and the Cotswolds!

The Cotswolds are always a lovely place to visit – from the pretty stone houses, lovely views and rather exciting hill driving (reversing down some of these at rush hour is not for the faint-hearted), this is an understandably busy little corner of Britain that is nonetheless extremely beautiful and perfect walker territory. Despite being popular with both tourists and residents, you can still get away from it all and the many commons make great countryside for kids, not to mention a good place to take in a spot of kite flying!

We enjoyed delicious ice-creams on Minchinhampton Common, with the emphasis on the cream, in blazing sunshine. Roo and I also ventured out on the first of our Cotswold Baby Routes up on Selsley Common for a stroll surrounded by skylarks, sightings of wild orchids and with magnificent views across to Wales. Sadly we didn’t get time to visit the lakes, grounds and adventure trail at Woodchester Mansion nor explore pushchair friendly Cirencester Park – next time!

A natural playground with a view – Selsley Common.

After our brief Cotswold sojourn it was onward to the West County and a favourite Baby Route walking destination – the Chew Valley.

It’s amazing how when you live somewhere for a long time, you can sometimes be completely oblivious to, or take for granted, some of that place’s most famous or beautiful attributes. In my case, it took recently reading Neil Oliver’s highly accessible and informative ‘A History of Ancient Britain’ to realise that the stone circle at nearby Stanton Drew we spoke of so casually as I was growing up, is actually the third largest of its type in England and dates back to the Late Neolithic or Early Bronze Age! I had never been to visit and so set off to right this wrong and check out a new Baby Route walk whilst at it!

The stones were impressive but sadly as the land they stand on was full of young bullocks, we did not venture too close. I am generally not phased by cows. In fact I miss them horribly where we live now. Given both the juvenile and frisky nature of this lot though and the fact that Roo is at cow kicking height, I was not prepared to risk it. 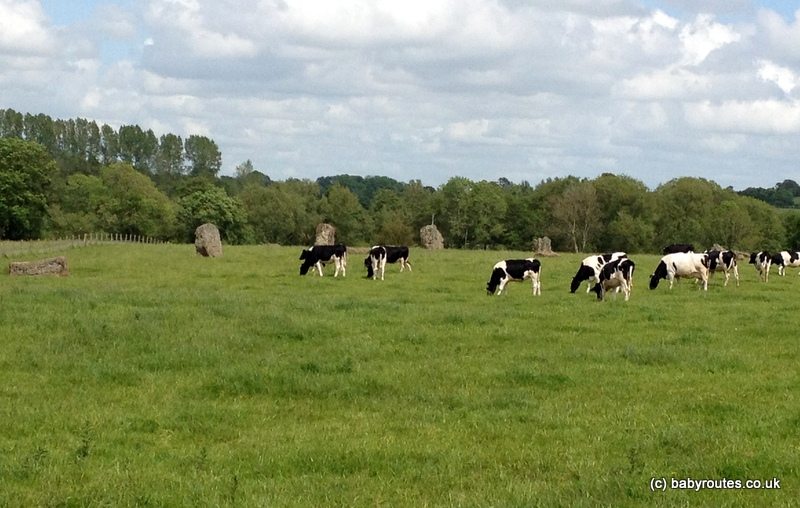 The walk was lovely. Roo though was in an extremely dawdling kind of mood and it took us a very long time with lots of Gruffalo footprint hunting, bug spotting, promises of Pooh sticks, ice-cream bribery and other cajoling to reach Chew Magna, our final destination. Luckily, there was a bus to hop on for the return leg, avoiding what I’m sure would have become a tantrum had we attempted the return circuit.

It turned out later that Roo had some bad nappy rash which was probably what had been making her so slow – as usual when you find out there is a perfectly  good reason for a toddler’s otherwise inexplicably frustrating behaviour I felt appropriately guilty. Note to self: add checking state of baby’s behind to list of possible reasons for grumpiness!

Eager to keep things simple, Sunday we headed to New Manor Farm and Tea Shop on the south side of Chew Valley Lake for a Sunday roast. I would definitely recommend New Manor Farm – the meat was amazing and the portions pretty big for a £9 main. The pavlova we had for pudding was also the largest I have ever seen before and had more than its fair share of thick fresh cream piled on top.

Whilst taking a picture of Baby who was mesmerised by my pavlova, I realised she had actually swiped at the cream and had her first illicit taste of food. Must have been good!

To walk off lunch, a quick exploration of the quiet lanes behind New Manor Farm was in order. I had mapped out a very short circular route taking in the back of the lake but with very oppressive heat and storm clouds brewing, we had to cut it short and head back to the car. The countryside here was beautiful though – much quieter and more peaceful than other parts of the Chew Valley Lake circuit and definitely worth a revisit to complete that walk sometime.

Now we are back home again and have a very busy week ahead, with lots of planning for our upcoming holiday in Pembrokeshire. Keep an eye out this week for the new walking routes in the Cotswolds and at Stanton Drew!

Permanent link to this article: https://babyroutes.co.uk/weekend-wanderings-cotswolds-chew-valley/ 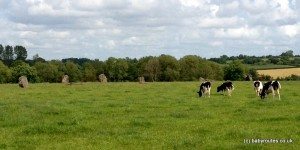 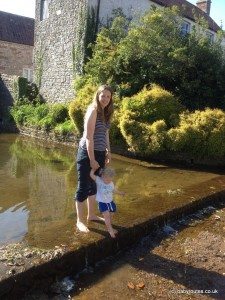 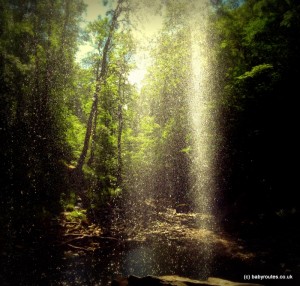