How to Make Hiking a Habit with Young Children

Ducks and children – could there be a better match for early childhood fun? I’m not entirely sure how the tradition of going to feed the ducks began or how far back in history. I don’t know whether it is the comedic way ducks waddle, their noisy quacking or their unquestioning acceptance of the important role of the little person clutching a bag of food. One things is for sure – feeding the quackers is a beloved activity of almost every family at some point.

We are no exception. Roo asks to go and feed the ducks at least once every couple of weeks if not more often. With ducks aplenty on the riverside at Henley-on-Thames, boats to watch, the River and Rowing Museum to pop into afterwards for the occasional slice of cake and mooch and two fantastic playgrounds just behind the riverside, it is as perfect a spot for riverside fun as you could hope for. Plus for Roo it is a chance to see the Pirate Ducks and their boat – a rhyming story about the Henley ducks I made up a year or so back that has become a favourite of hers. She’s always keen to see what latest mischief they might have been up to. 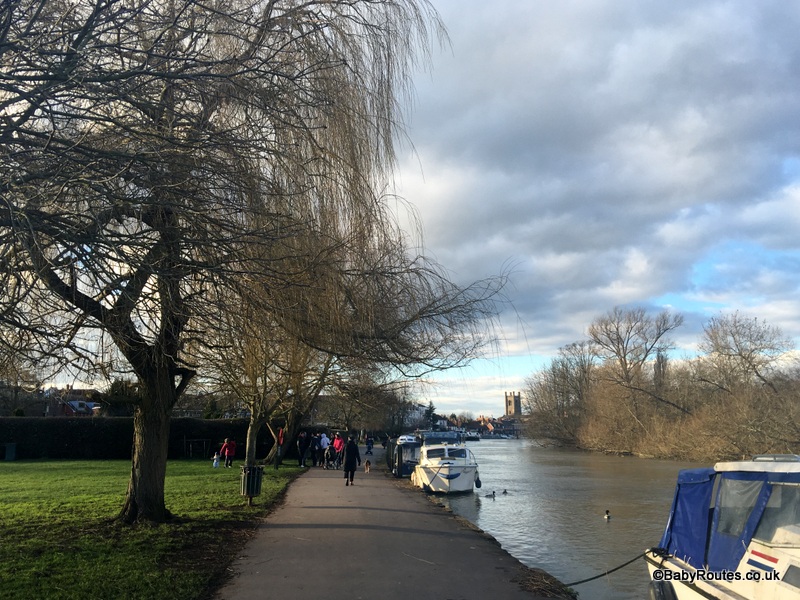 I never get tired of this view in Henley . The riverside here has so much on offer for children.

The slight cloud in the sky (or should that be duckweed in the pond?) is that the Henley ducks are far too fond of bread. Bread has been the traditional go-to duck food for families for as long as I can remember. It’s so popular that in 2014 nearly a quarter of English and Welsh people had fed a total of 6 million loaves of bread to the ducks! (River and Canal Trust )

Trouble is, bread is not great for either the ducks or the riverside. Excess bread bobbing around uneaten in the water can cause algal blooms and attract rats and other undesirable vermin. White bread is the worst culprit. It has very little nutritional value for ducks but tastes great to them, meaning they quickly fill up their tummies at the expense of their natural diets of things like aquatic plants, leaves and seed. As a result they miss out on vital nutrients in their diet.This can lead to sickness, disease and deformities such as angel wing where the bird’s wings grow faster than the supporting joints and tissues. This results in them being unable to fly which is a major risk factor in being able to escape danger.

The good news is that there are plenty of other foods to try instead of bread. Even better  – most of them involve minimal cost:

Roo, her friend and I decided headed to the river to conduct a bit of an experiment. Clutching small bags of chopped lettuce; chopped carrot peelings (saved from the compost bin); mixed bird seed (from our garden bird food supplies); rolled uncooked porridge oats and defrosted frozen peas, our aim was to test out which foods from the ‘approved’ list are the most popular with our local ducks and geese.

Coots on the seed look out!

With two little people clutching the above duck delicacies we were soon mobbed by ducks, geese (mainly Canada Geese) and the occasional swan. Both Roo and her friend chose a bag each to test at the same time before both swapping for something new. We also tried a few different spots along the riverside in an attempt to avoid overfeeding one group of ducks. This was probably a bit futile though given half of them followed us!

The mini-researchers took their task very seriously and a few clear ducky preferences did show up quickly amongst our Henley waterfowl. Here are the results of their highly scientific research: 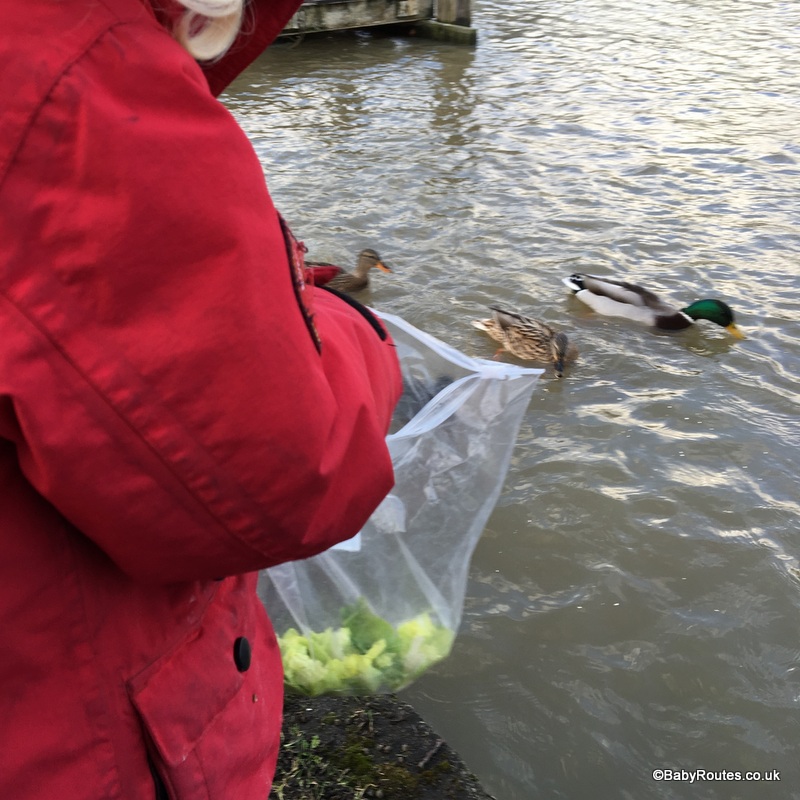 No takers for lettuce thanks. We’re sticking with the oats! 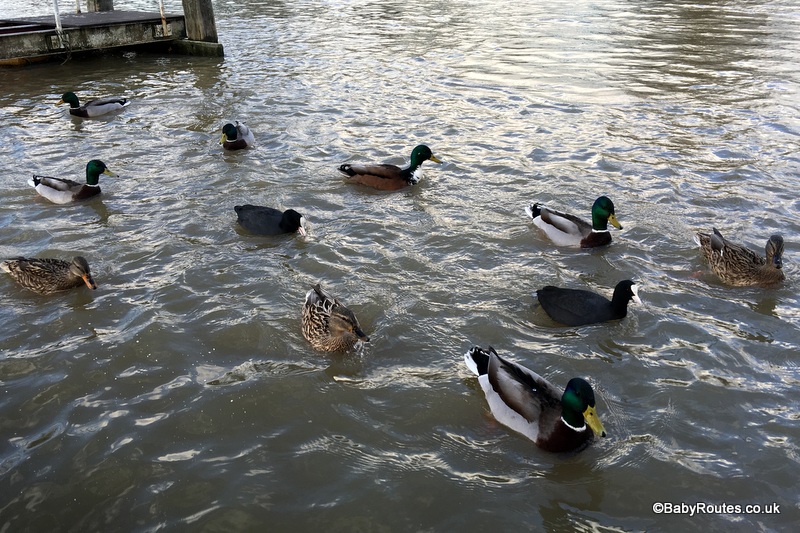 Did someone say oats?! Yes please!

The other interesting thing was that at one point Roo and her friend were joined by another little girl who had a traditional bag of bread. I was bit afraid our ducks would instantly defect. Whilst  a few did head over to investigate the majority stayed with us. I’m not quite sure why – my past experience is that as soon as bread is on offer the ducks decide it’s time to head for bready dessert. Perhaps it was the variety of what we were feeding them that day that kept them interested? It certainly wasn’t timing – we went at peak post-school time! 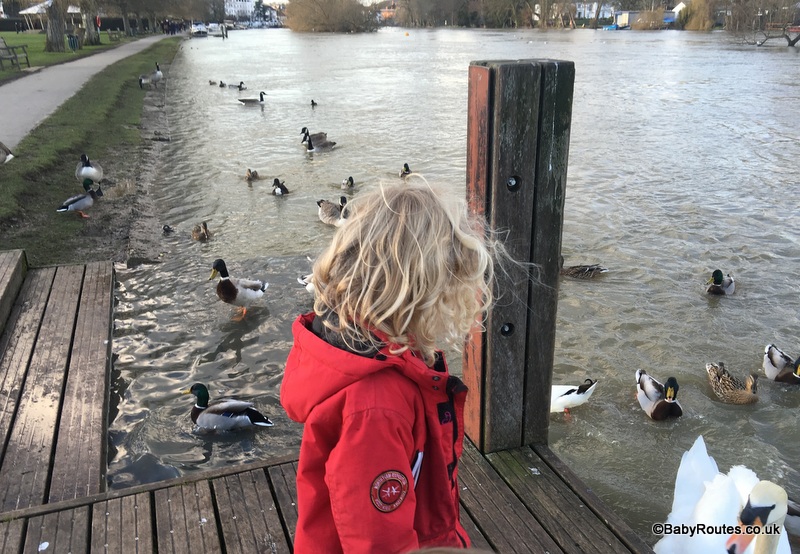 It must be good nosh if the swans are interested!

One thing is for sure – I’m not going to be spending money on posh duck pellets any time soon. Inexpensive porridge oats, vegetable peelings and the occasional bit of left-over lettuce (everyone needs their greens after-all) will be leading the way in future. Plus we still have rice, mealworm and grapes to try out! What do the ducks enjoy to eat where you are?

Permanent link to this article: https://babyroutes.co.uk/wildlife-wednesday-feeding-the-ducks/ 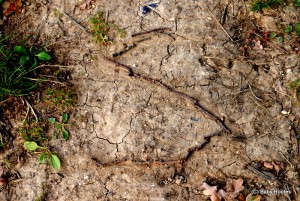 Wildlife Wednesday: ‘S’ is for… 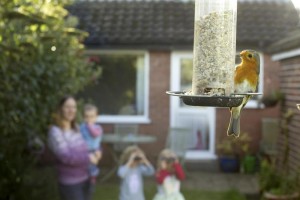 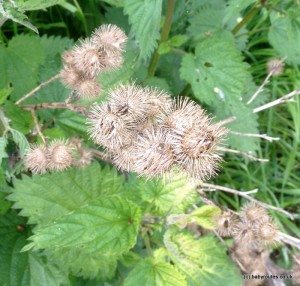