Britain on Foot: get active outdoors!

Wildlife Wednesday: mole in a hole!

Whilst tramping along a path on our recent trip to Scotland, my eagle-eyed environmental biologist friend spotted an oddly wobbling pile of earth on the grass bank next to us. Upon closer inspection, we realised that the spray of soil flying out from the centre of the moving mass was being dug out by a mole, whose tunnel had brought the black velveted little beast up to the surface. 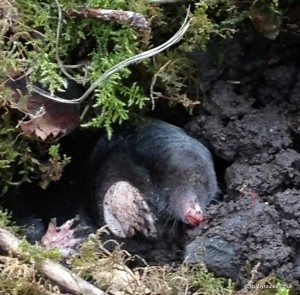 Mole in a hole!

I have never seen a mole up close before and it was fascinating to watch the efforts of this small animal and its oversized forepaws as it began to bury itself back into its burrow. After a bit of research, it turns out that when they aren’t frustrating us by digging up our prized lawns, moles are pretty amazing creatures. Here are some fun facts about Mr. Moley :

Permanent link to this article: https://babyroutes.co.uk/wildlife-wednesday-mole-hole/ 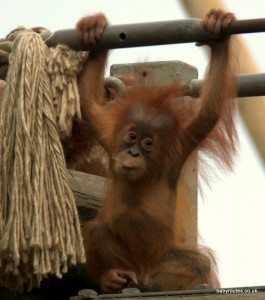