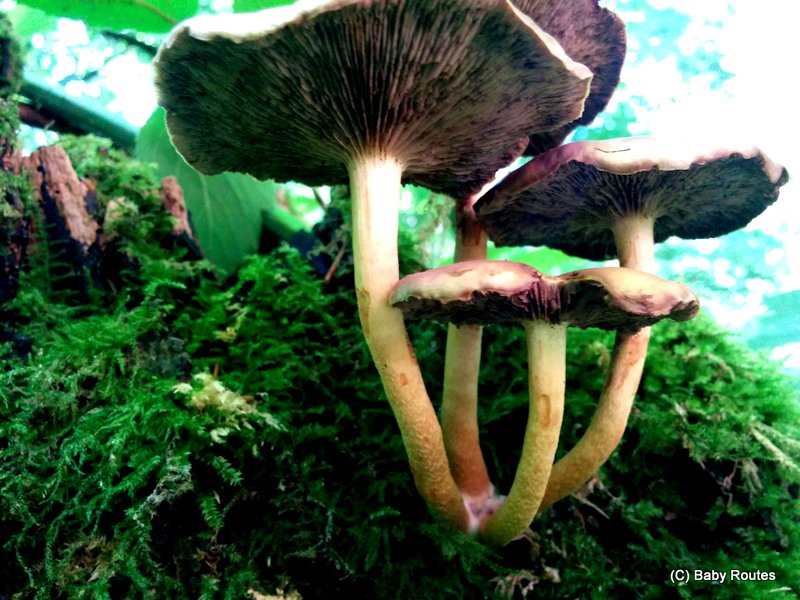 It’s happened. September is here and with it autumn seems to have come scurrying along at its heels. Whilst I’m reaching for an extra jumper and wondering how long I can leave it before putting the heating on, outside one of the most richly rewarding seasons is kicking off. We don’t have to go far for the first signs of autumn where we are. The warm weather and damp August has seen an early appearance of toadstools. Seemingly overnight our garden seems to have sprung a whole array of them. 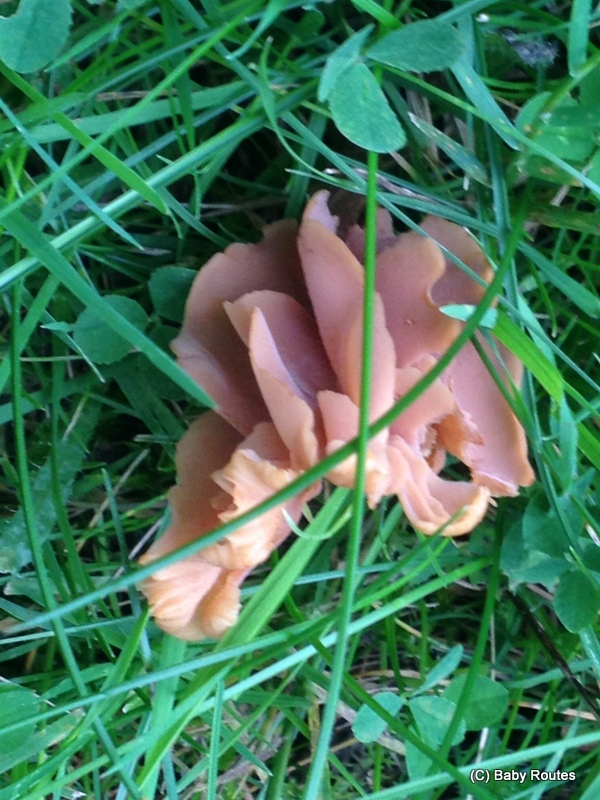 I am sure I am not alone as a parent in being a little cautious around toadstools. There is something about their strange texture, interesting colours and unusual shape that seems infinitely appealing to tactile tots. That and their obvious similarity to the culinary mushrooms you get from the greengrocer of course. Given how hard it is for adults to correctly identify the dizzying array of toadstools out there, let alone young children, it is a sensible precaution to tell children not to pick or eat them, to wash their hands well and not put fingers in their mouths should they touch them and to keep a very close eye on curious tiny tots. 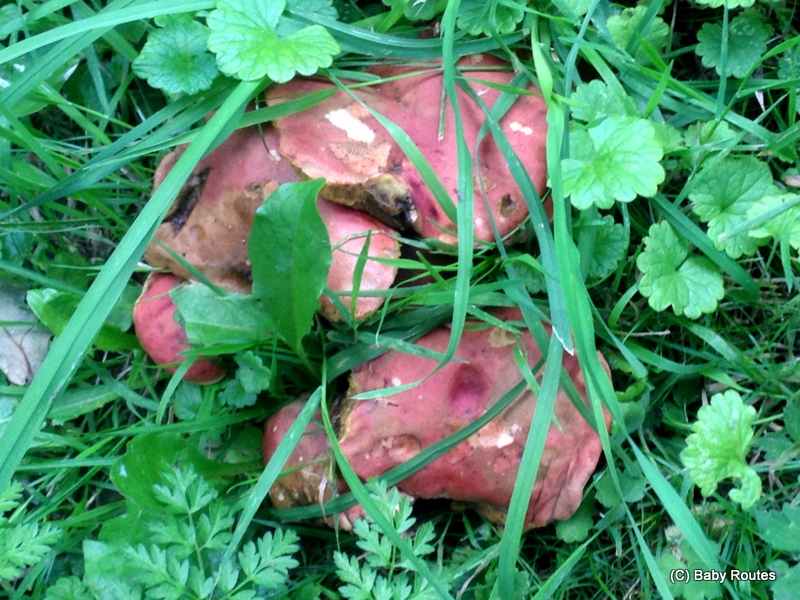 In reality though, not every toadstool is poisonous. Only a very small fraction of the thousands found in the UK are of serious concern.  Personally,I think we do our children a huge disservice in overreacting too much to risks in nature. In my mind, teaching children to recognise and avoid potential hazards whilst also opening their minds to how interesting and important all the different elements of nature are is vital. Toadstools are no exception to this. Getting up close and taking a good look at them will not harm you. 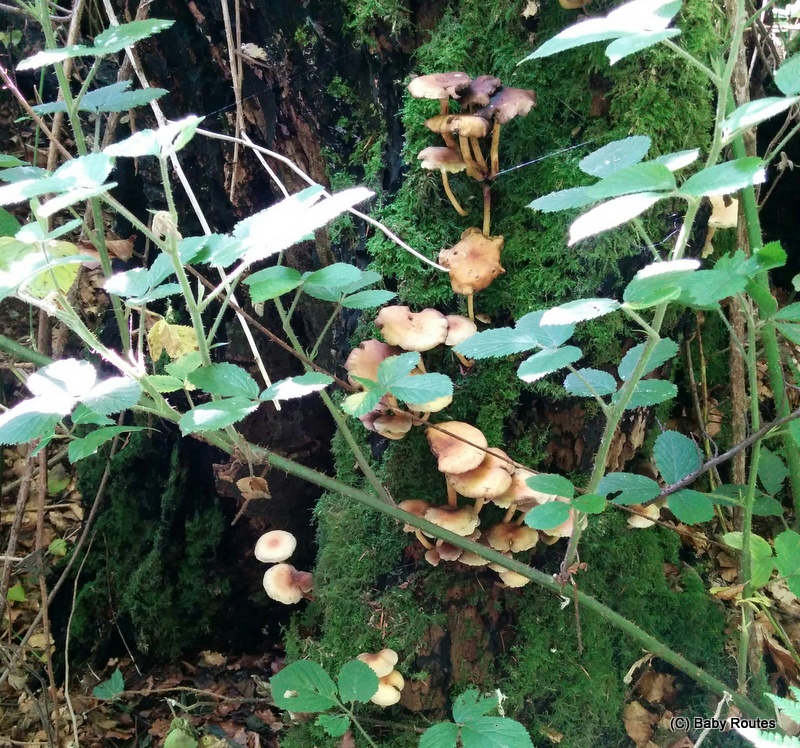 For Roo, who at nearly 4 is able to understand and pretty reliably follows instructionsl, the toadstools springing up around our garden and local woods and fields make a fascinating study. The fact that they have ‘danger factor’ only makes them the more intriguing to her. Her 18 month old sister however we have had to watch like a hawk. This week we have been out together spotting different toadstools and comparing their colours and shapes. Roo has had a go at drawing them and we have even picked a couple (washing hands well straight after of course) and tipped them upside down to take a good look at their gills underneath – the bit that their spores are released from. Roo loved the way the young toadstools shot up like rockets and then opened up into umbrella shapes as they release their spores, confusing her into thinking they were different types of toadstool. 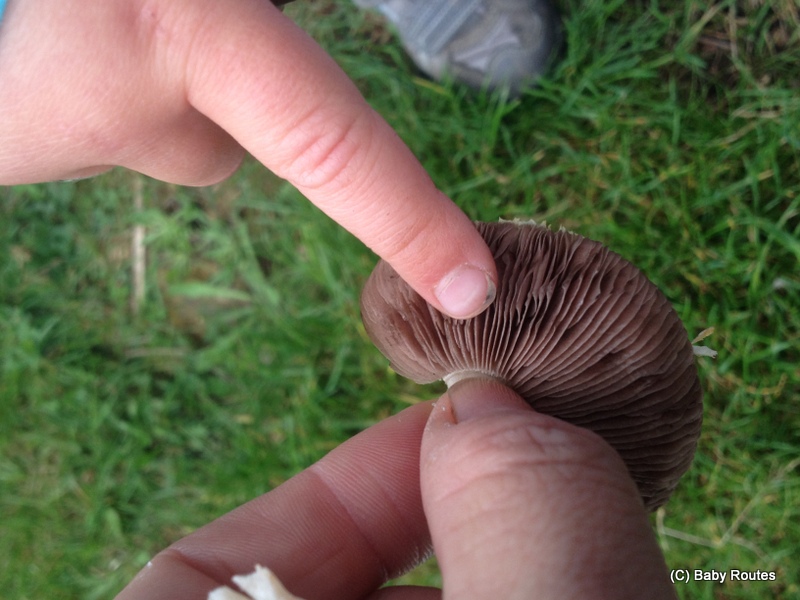 We’ve talked about how fungi help break down old bits of dead plants and old leaves, releasing nutrients to feed other plants back into the soil. I don’t think it had ever occurred to Roo quite why all the old leaves under our oak tree disappear (it’s definitely not from my futile efforts with a rake and wheelbarrow)! We chatted about the different types of animals and insects that might need them as food. Roo couldn’t believe that the odd little things growing on the grass were the equivalent of berries growing in the hedges or acorns growing on a tree although that did make their appearance now a bit more logical for her. It’s amazing how many different types of toadstools we have found during this one week alone and in a comparatively small geographic area. 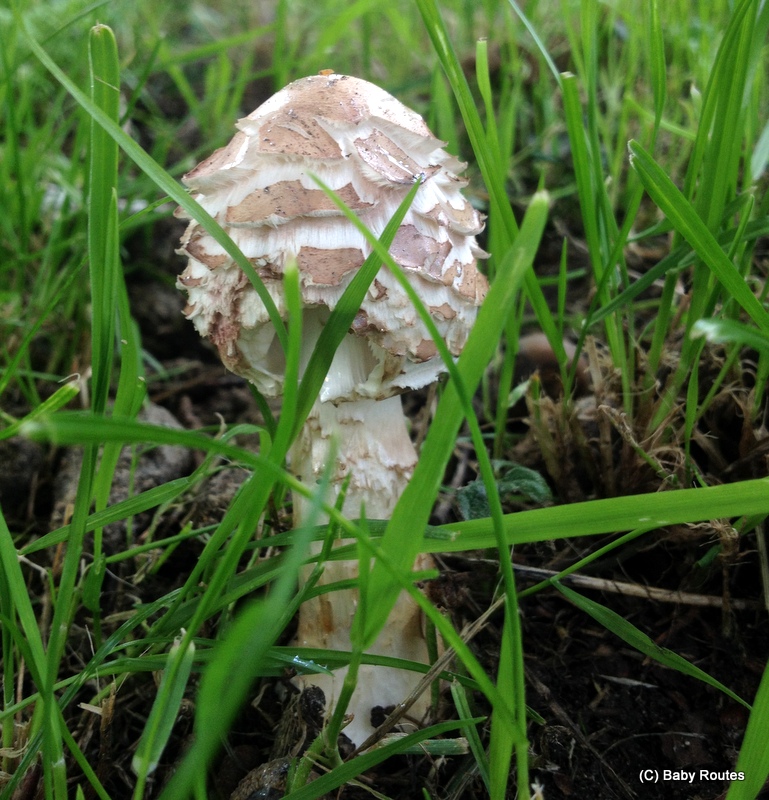 As Roo has been discovering the basics about toadstools, I have been brushing up on my own rather limited knowledge too. It’s a seriously complex field of study but a really rewarding one. If you’re after some further reading or educational ideas for children then The British Mycological Society and its sister site – Fungi4Schools both have a wealth of information, albeit a bit hard to navigate to what you want straight away. For basic identification of the more common toadstools they have also produced this handy little identification chart aimed at children. 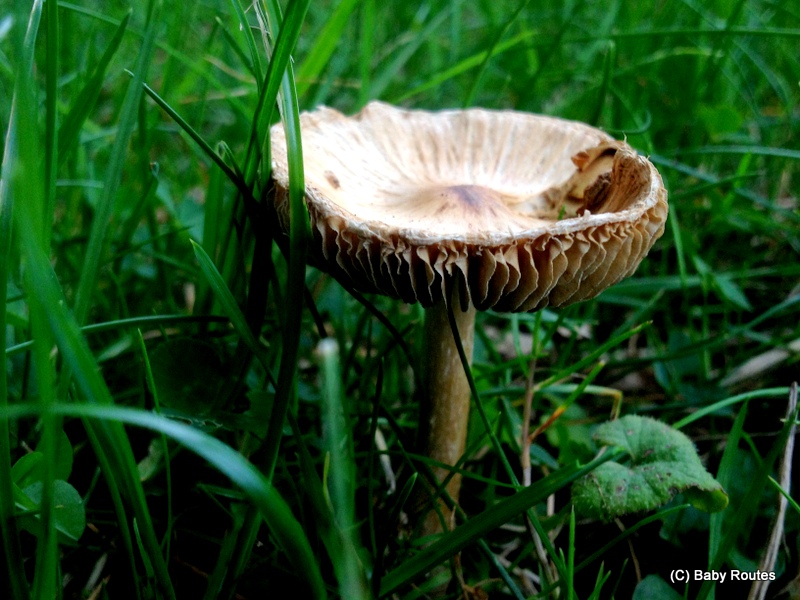 Here are some fun facts about toadstools and fungi and the photos of some of our finds whilst out and about this week. Have you spotted many toadstools around where you are yet?

Permanent link to this article: https://babyroutes.co.uk/wildlife-wednesday-toadstools/ 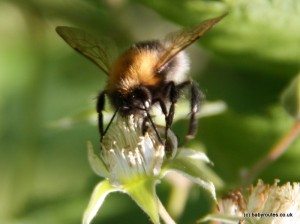 Wildlife Wednesday: the plight of the bumblebee 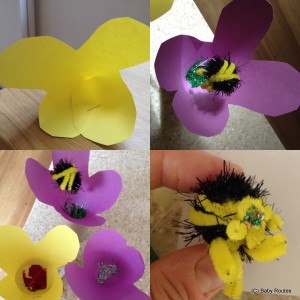